Yoeun Yin: A gardener with an artful eye for presentation

Yoeun Yin believes that presentation is an important part of selling at the Columbia Farmers Market. All of his produce is well manicured, handsomely bundled, and dirt-free. “People come by and say, these vegetables are so clean. I want to buy them,” he said, laughing. He laughs, but his marketing strategy is clearly working.

Yoeun has always been a farmer. He grew rice and vegetables on a farm near Phnom Penh, Cambodia until he immigrated to America in 1984 with his wife, Orn Som. They planted a garden in their Columbia yard, and began selling their produce and plants at the Columbia Farmers Market in 2009. Two years ago, his wife passed away. Yoeun misses working in the garden with her, but he continues to cultivate his garden because he loves being outside and working with his hands.

Yoeun’s brother, Youth Yin, waters the garden while Yoeun works his day job at the Kraft Foods plant in Columbia, and his nephew, Chum Bichhia, often joins Yoeun in his market booth on Saturdays.

While his job at Kraft sometimes requires long hours, he plans to keep up his garden and continue coming to the farmers market. “I like the people,” he said. “I have made a lot of friends at the market.”

He starts his green onions and other spring vegetables in a small greenhouse. He also grows long beans, spinach, onions and herb plants, including rosemary.

“I like the people. I have made a lot of friends at the market."
-Yoeun Yin 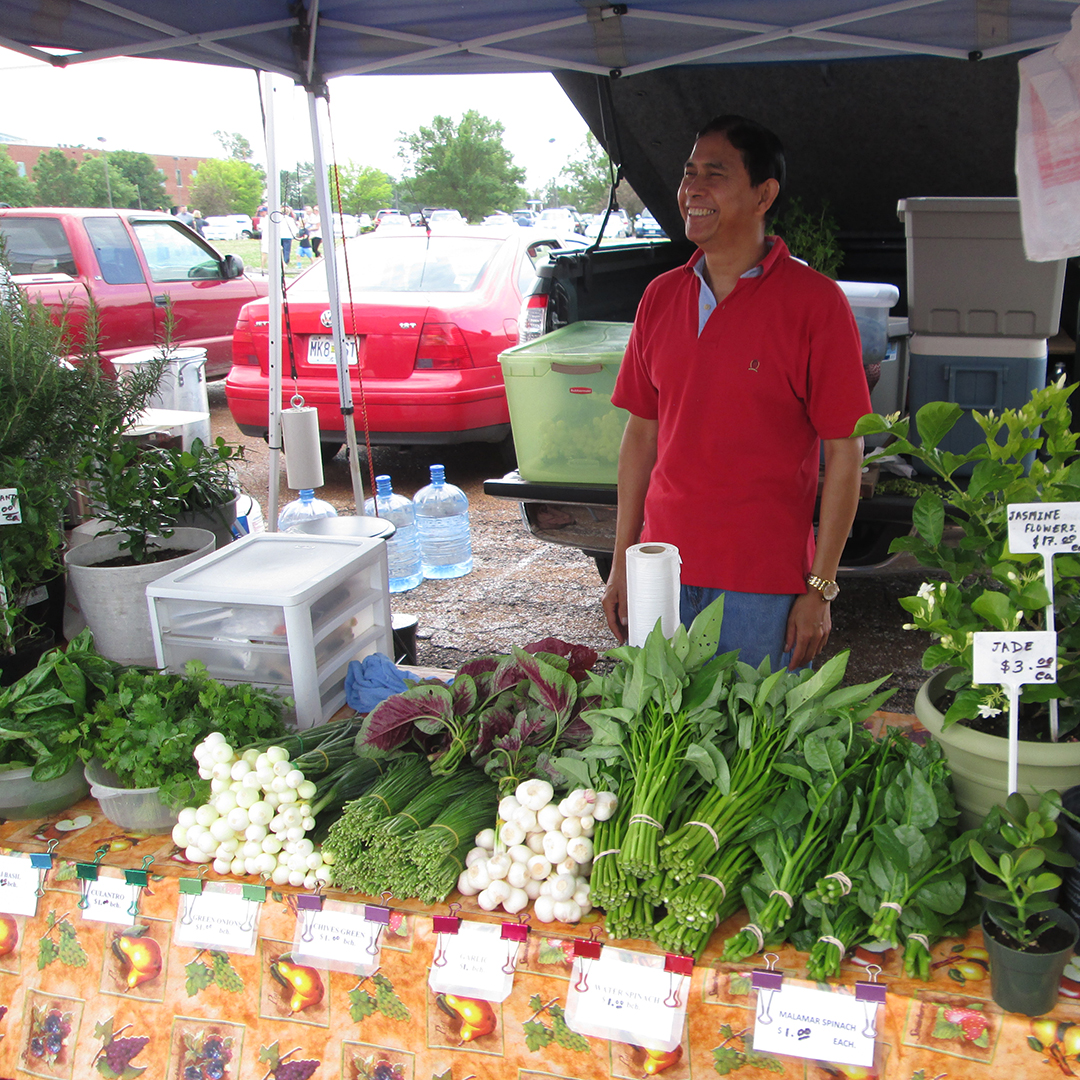 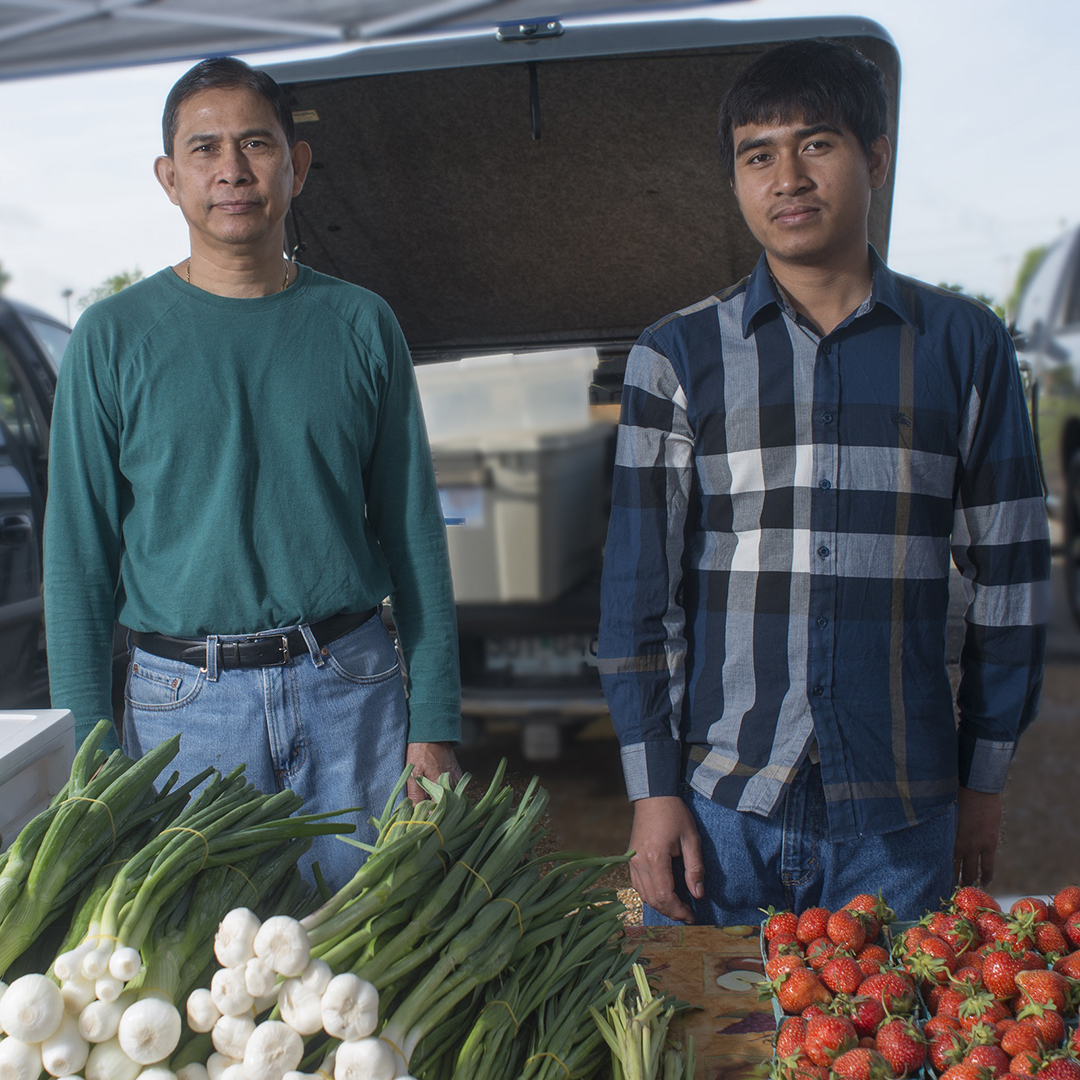