In 2001, Ron Rottinghaus and Holly Roberson founded Uprise Bakery on Broadway in downtown Columbia. It was operated by Ron and his wife, Courtney. One year later, Courtney began selling their naturally leavened, hand-shaped, hearth-baked bread at the Columbia Farmers Market. In 2008, the bakery expanded and moved to 10 Hitt St., where the couple continues to manage the bakery. While Ron serves as head bread baker, Courtney manages their stall at the Columbia Farmers Market on Saturday mornings. She sells various artisan breads, rolls, croissants, muffins, scones and cookies. All the breads are baked fresh on the morning of the market.

At Uprise, “We aspire to bake bread the Old-World way,” Ron said. “Our bread is crusty, requiring a bread knife and a good set of teeth. We know Columbia Farmers Market customers like to cook, and they see this bread as part of their complete meal,” he said.

Courtney is both a vendor and a shopper at the market. She has maintained a longtime working relationship with other vendors, whose fresh produce goes into Uprise Bakery’s seasonal soups.

While the “soul of the bakery experience” continues to be hearth-baked bread and vegetarian soups, the “emphasis of the craft extends” to scratch-made croissants and pastries, sandwiches and salads, “as well as the selections of coffee, beer, whiskey and wine,” Ron said.

“We know Columbia Farmers Market customers like to cook, and they see this bread as part of their complete meal."
-Ron Rottinghaus 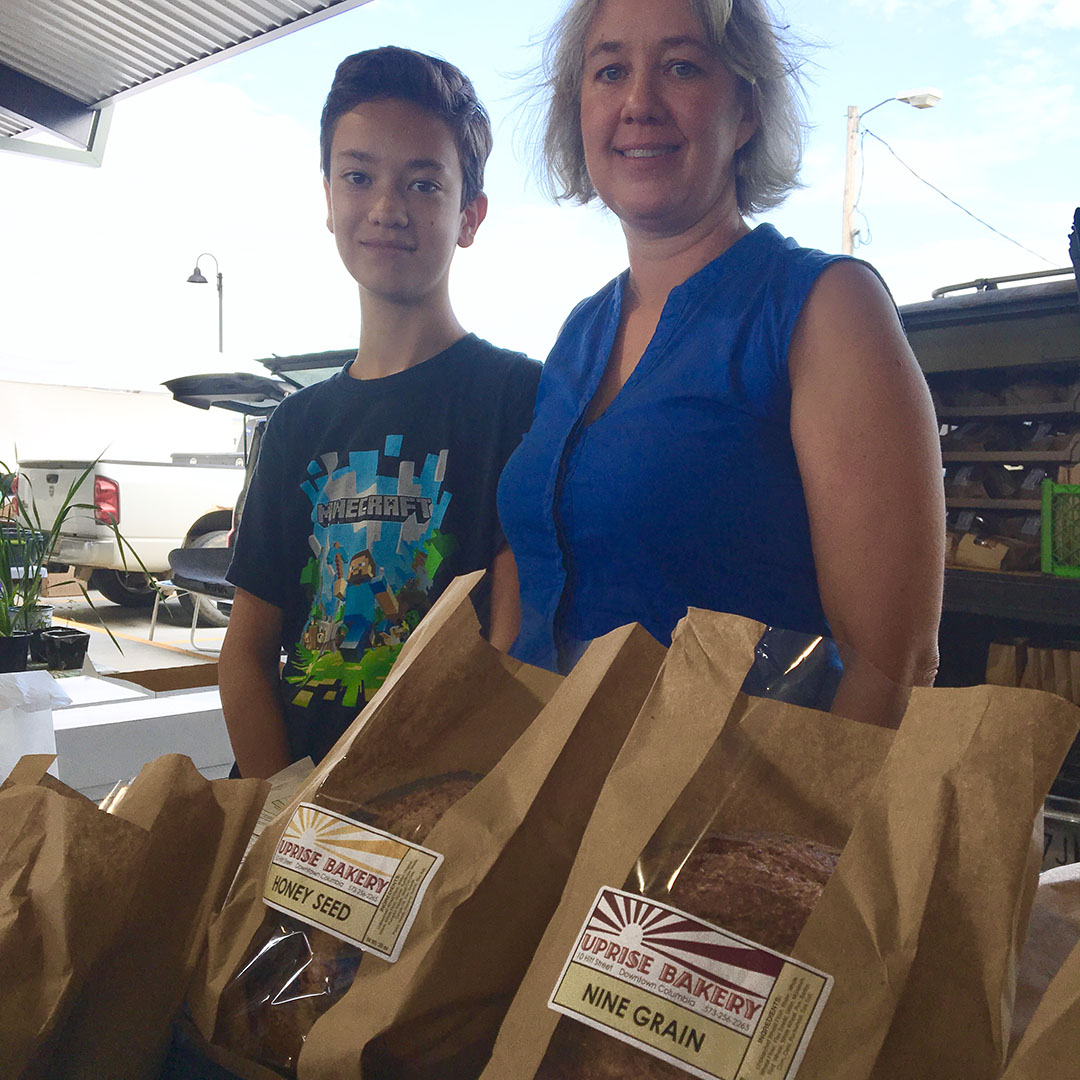 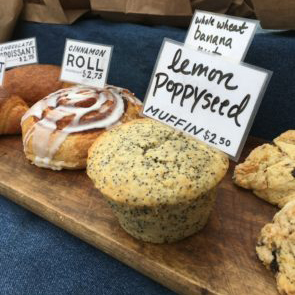 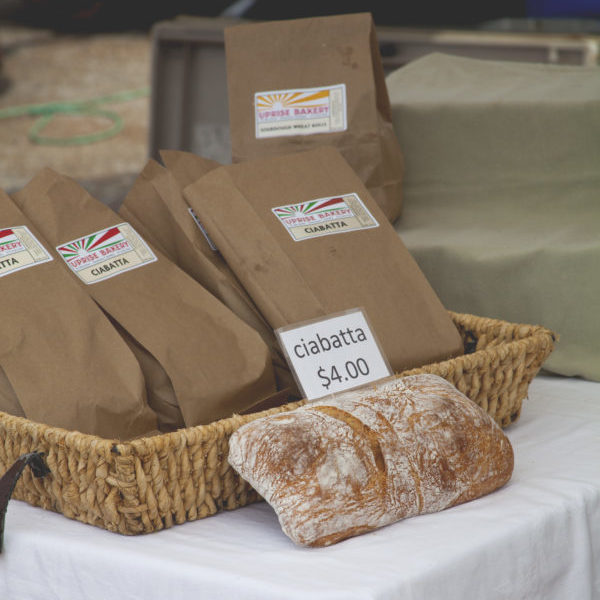 Ron Rottinghaus shared a recipe for croutons from “Cooks Illustrated” magazine, noting that “Caesar salad is all about the crispy, garlicky croutons. Ciabatta is ideal for a crouton that is crispy on the outside and chewy in the middle—the perfect compliment to crisp-tender romaine leaves.” Ciabatta bread is available at the Columbia Farmers Market.
get the recipe
HomeAbout UsLearnOur BlogShop
Vendor ListMarket DetailsEvent CalendarContact Us