Since 1904, the Thoenen family has farmed on 300 acres of land in Frankenstein, Missouri. About 100 acres are planted mainly in milo, soybeans, corn, and alfalfa. The farm also includes 40-head of cattle. Since 2005, Randy and Laura Thoenen — with his parents, Fred and Theresa — have also sold melons at Columbia Farmers Market to help fund a college education for their four sons, Nathan, Seth, Jared, and Noah, as well as for their nephew, Dustin. When they were younger, all the boys helped sell at the market, Randy said. 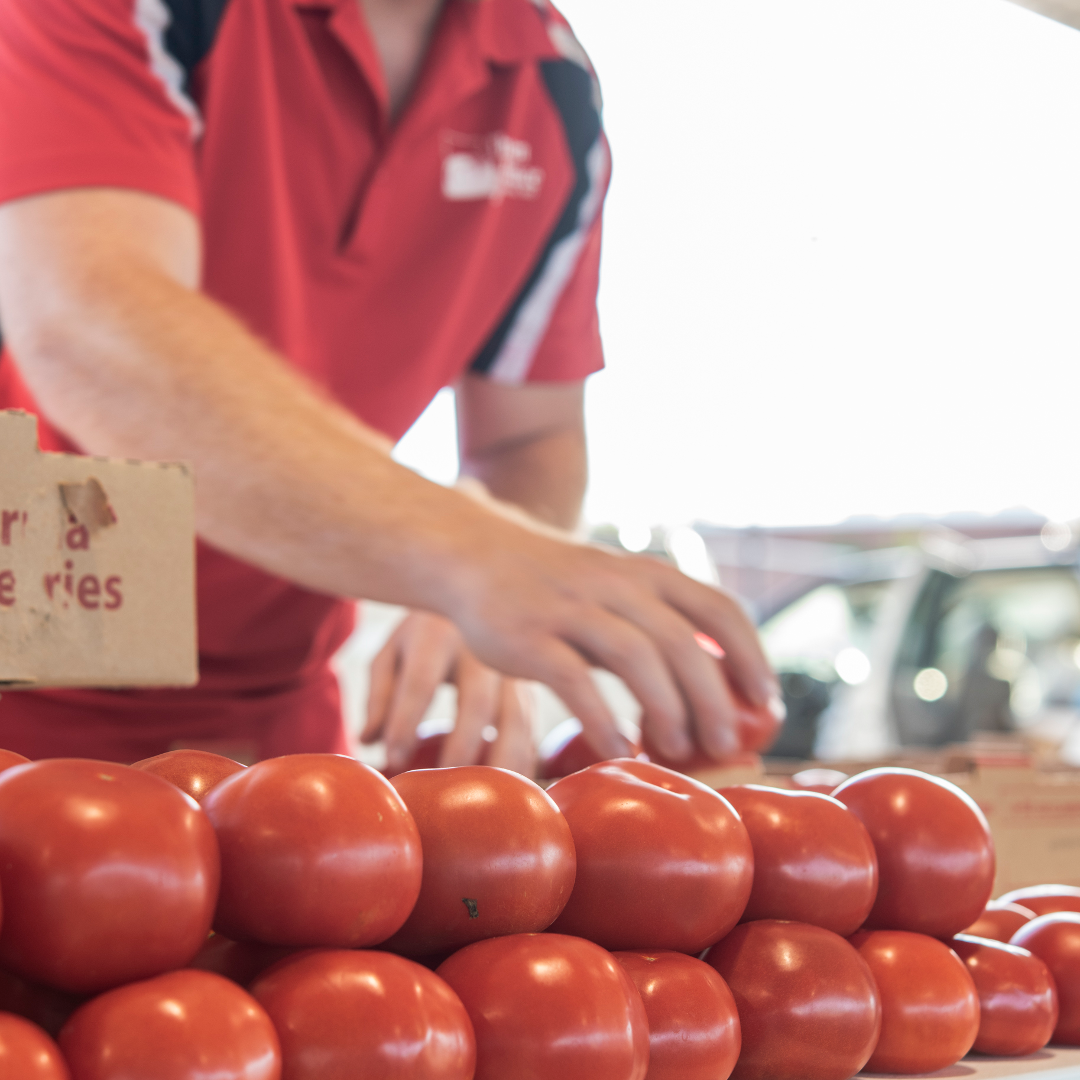 Jared and Noah expanded the production 10 years ago, when Jared and Noah became the managers and owners of Thoenen Produce. They exchanged labor on the farm for 10 acres of their grandparents’ land, so that they could grow more produce for Columbia Farmers Market.

“We got them involved growing veggies from the time they could walk,” Randy said. “They are still very ambitious, and they are doing great” with this project. “I don’t think they will ever quit.”

From 2012 to 2018, the brothers cultivated six acres of sweet corn, two acres of watermelon and cantaloupe, along with other varieties of field-grown vegetables on the other two acres. During that time, they built three greenhouses for tomatoes, peppers, and cucumbers, enabling the Thoenens to bring produce to the farmers market as early as April 1.

Today, the Thoenen Brothers, along with their parents, have cut back on their operations to only growing 900 greenhouse tomato plants and a couple acres of sweet corn. Ten years after taking over the operations, Jared and Noah have graduated college and have full time jobs as engineers, and they still manage to make time to bring great fresh fruits and vegetables to the farmers market.

The experience of selling at the market has given the family a sense of a much broader community. “The market brings a lot of folks to one place at one time,” Randy said. “And it provides us with a good income for the time we spend there. We also love the people who come to market, and we feel that if we treat them fairly, they will keep coming back.”

“We also love the people who come to market, and we feel that if we treat them fairly they will keep coming back."
-Randy Thoenen 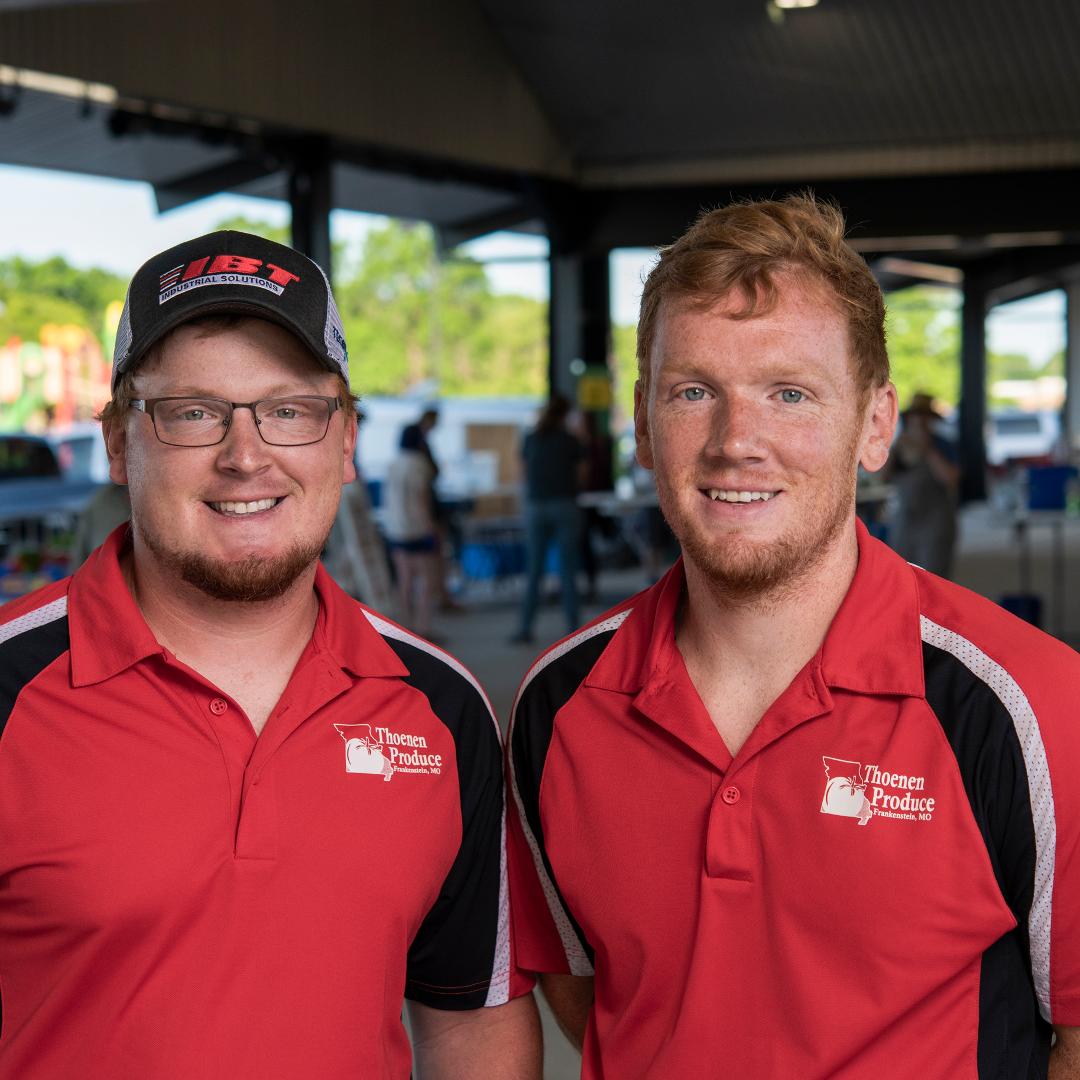 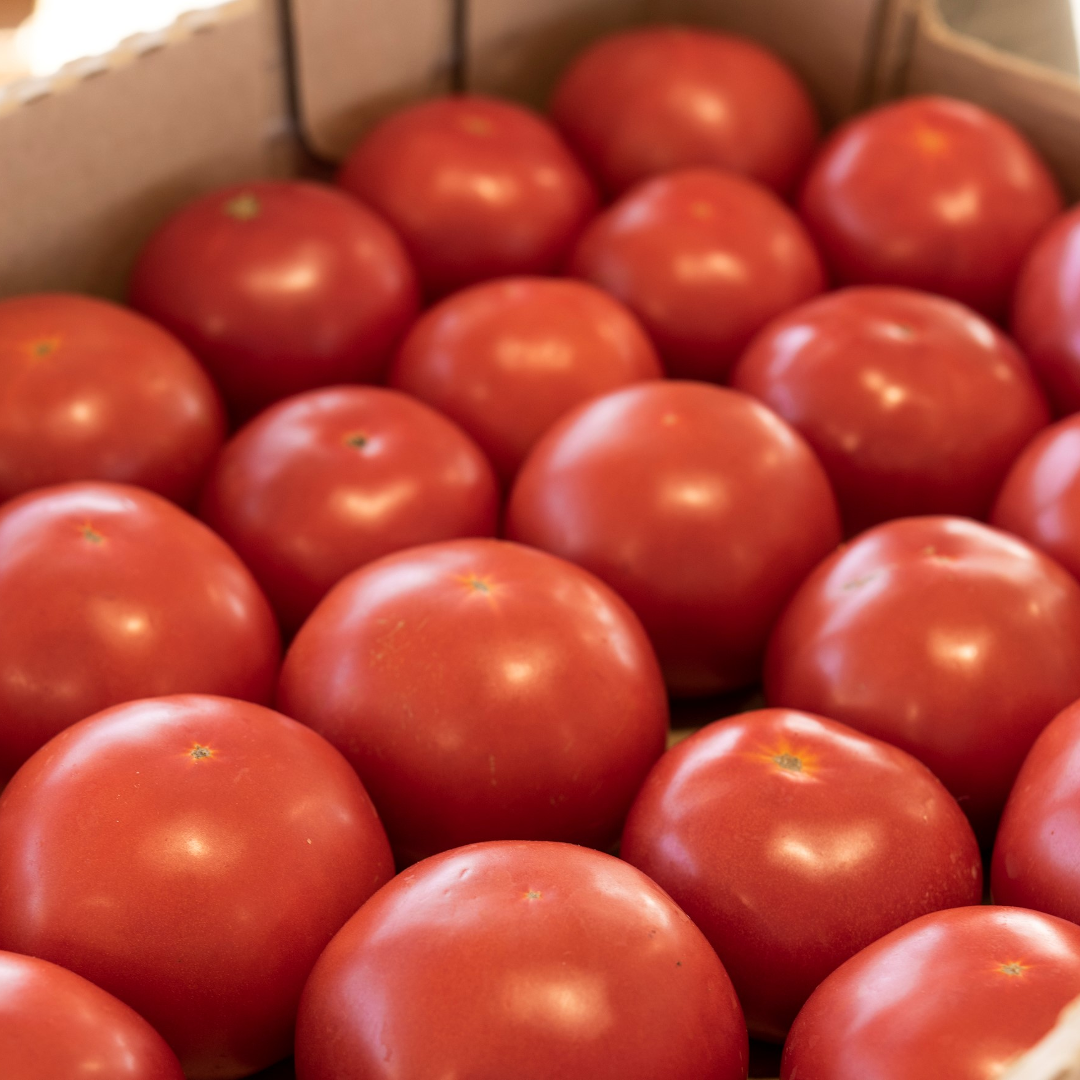 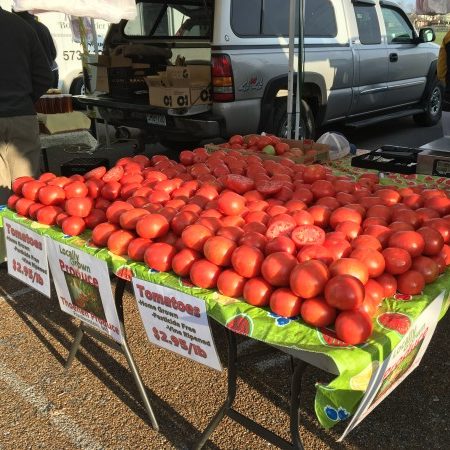