Sullivan Farms: Raising animals and vegetables in harmony with nature

At Sullivan Farms—a permaculture farm located about nine miles outside of Fayette—Bill and Brittany Sullivan strive to “work with nature,” rather than against it, Brittany said. “We love to be outside with family, in the garden, working with the animals, and raising our food from start to finish.”

The Chicago natives—Bill and Brittany —were living in Florida when their daughter, Kaleigh, was born. At the time, Brittany worked as a physical therapist assistant, and Bill owned a contracting company. However, once Kaleigh came along, “It became more important to me to know where my food came from. Bill has always wanted to have a farm; he has a strong passion for the land.” They also wanted to be closer to family in Chicago. The Fayette area proved to be the right fit, she said.

They started with vegetables, and still sell a variety of produce, grown in raised beds surrounded by wells–which collect and conserve water. But pasture-raised pork eventually became their niche product. Together with their daughter the family has grown and ranched on 20 acres, selling at the Columbia Farmers Market since 2010.

Employing permaculture design practices, the farmers raise heritage hogs, grass-fed goats and an assortment of vegetables. “All of our animals are raised on and rotated on pasture, and fed non-GMO feed,” she said. In fact, their neighbors and good friends, Jenn and Ken Muno of Goatsbeard Farm, provide them with nutritious whey for the hogs.

In addition, “No hormones or antibiotics are used in the care of our animals,” she said. “Our vegetables are raised naturally without the use of chemicals. We are not certified organic but follow all organic practices.”

“We have over 100 hogs now,” she said, and most of their pork is sold at the farmers market. “We have added more pigs this year to keep up with the demand for our pork,” she said, but “we want to remain a small farm.”

“We process most of the meat at Davis Meats in Jonesburg. They do an amazing job,” she said. Davis Meats also renders the fat from Sullivan pork separately from other pork, she said, because it’s important that “we raise a non-GMO product,” she said. That rendered lard is also available at the market. In addition to offering customers the ability to purchase 1/2 of their whole hogs and pork bundle packages, they’ve also introduced deli ham, bologna, and braunschweiger to the list of items you can purchase at the market.

Besides meat, the Sullivan family has found another market niche: Shave ice. “We lived in Hawaii for awhile where shave ice is huge,” As it turns out, shave ice is popular in Columbia, too. “We do shave ice in the summer, and we make all of our own organic syrups, using products from our farms or other local farms, or make them with organic fruit.”

While they sell most of their pork at the Columbia Farmers Market, they also sell meat to Sycamore Restaurant, Barred Owl Butcher & Table, Beet Box, Peachtree Catering, Hy-Vee locations and at Clovers Natural Market. “Columbia is a fantastic town that supports local food,” she said, “We love being part of the market, getting to know the vendors and seeing our wonderful customers each week.”

“Columbia is a fantastic town that supports local food. We love being part of the market, getting to know the vendors and seeing our wonderful customers each week."
-Brittany Sullivan 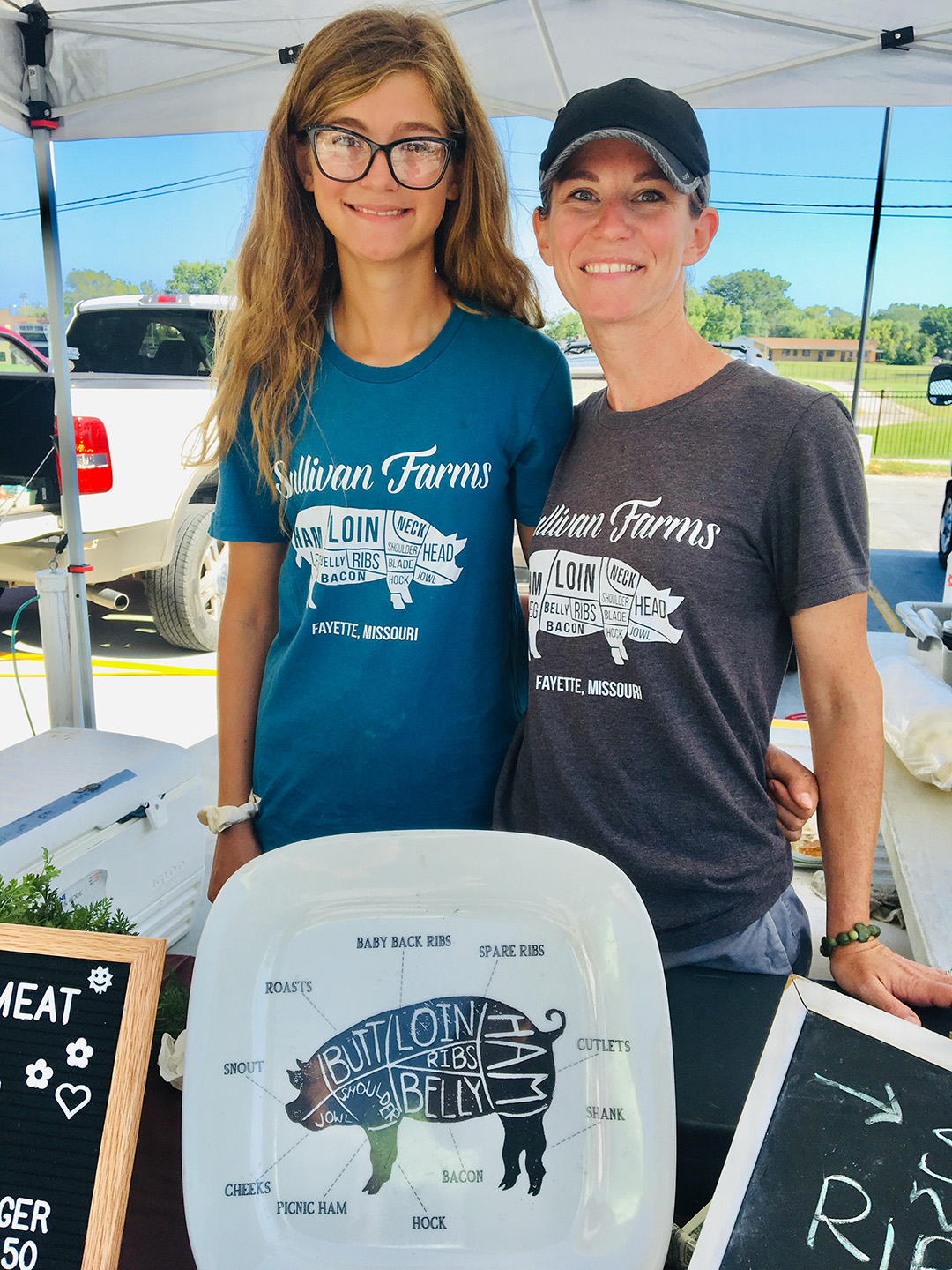 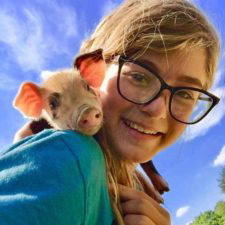 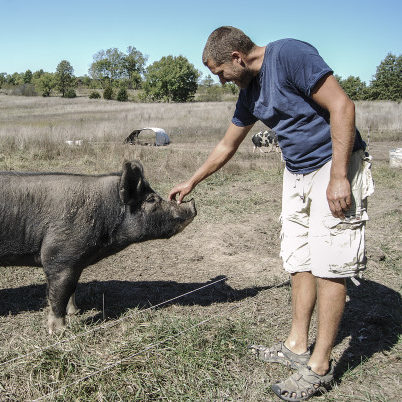 Brittany Sullivan loves to cook. “I cook a lot of pork. And we are fortunate to have a lot of fresh fruits and vegetables right here on the farm.” She shared this Kaleigh- approved Paleo diet recipe from “Well Fed Cookbook.”
get the recipe
HomeAbout UsLearnOur BlogShop
Vendor ListMarket DetailsEvent CalendarContact Us