The Strope family has farmed and raised cattle in Osage County for more than a century. That changed somewhat in 2010, when fourth-generation farmer Bill Strope decided to expand his business to include vegetable, flower, and plant production.

“I have always loved being outside,” Bill said. He devotes several acres to growing vegetables and fruits. His grandparents, Robert and Irene, as well as other family members, help with the farming operation.

Bill plans to keep his focus on multiple crops. The family has added several high tunnels, and he expects to add three more tunnels and greenhouses to extend the growing season.

“I’m not an organic grower,” Strope said, “but I am very conscientious about when I spray. I don’t spray unless I absolutely have to, and I tell my customers this. They know what I am spraying and when.”

In 2020, he is using crop trapping, a new method of integrated pest management. Trap crops are planted to attract insects and keep them from damaging more valuable crops. That reduces the need to spray those crops with pesticides. In addition, he surrounds most of what he grows with plastic mulch “to keep weeds down.” To conserve water, he uses drip irrigation.

A Columbia Farmers Market vendor since 2015, Bill sells a variety of produce from early spring through late fall, including cauliflower, cabbage, broccoli, green beans, tomatoes, peppers, blackberries, and strawberries. This season, he plans to sell mums, hanging baskets, and an assortment of flowers. On the farm, 100 laying hens produce eggs, which he also sells at the market.

Bill enjoys socializing at the Saturday market and appreciates the cultural diversity of his customers. The community experience has opened up a whole new world that he would not otherwise have experienced.

“I love talking to people,” he said. “One of my regular customers is from India,” Bill said. “She tells me stories about her travels.” Although he has never traveled outside of the country, he looks forward to hearing about other places and cultures.

Bill recently graduated with an associate’s degree and plans to earn a bachelor’s degree in horticulture from Colorado State University. More than happy to share his knowledge, he invites his customers to ask him plant and vegetable questions. He figures he might learn a thing or two along the way.

“I love talking to people.  One of my regular customers is from India.  She tells me stories about her travels.”
-Bill Strope, Strope Farms 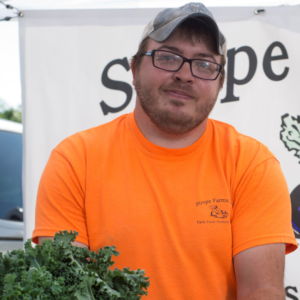 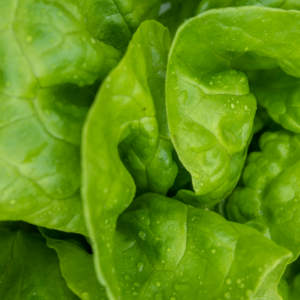