The Stanton brothers have been working on a family farm for as long as they can remember. Fourth generation farmers, Dustin and Austin started raising chickens after Dustin took on a 4-H chick-incubation project in first grade. A year later, Dustin was raising his own chickens and selling eggs from the family farm near Centralia. By the time Austin was in first grade, he had teamed up with his brother.

“We have owned chickens for 19 years,” Dustin said, “but we have been farming all our lives. Farming is not a job, it is a way of life. It gives us the ability to learn from our own mistakes, spend time with our family by working together, and deepen our faith in God. We have both always had a fervent passion for agriculture, and a deep desire to stay on the family farm to raise our own future families.”

The brothers have been selling their brown eggs—in addition to homegrown pears, radishes and potatoes—at the Columbia Farmers Market since 2007, when Dustin was 13 and Austin was 9.

“We love being able to produce and market our products to consumers who care about where their food comes from,” Dustin said. “Meeting both new and loyal customers is always a joy for us. We have been able to watch many families grow over the years, and they have watched us mature, too. Our favorite thing to do is to answer customers’ questions. If we don’t know an answer, we can point them to a reliable source,” Dustin said.

Among their reliable sources are their parents, Andrew and Judy, who have been longtime supporters of the business. They remain “instrumental to our business,” Dustin said. Likewise, their formal educations have proved useful to the clan, it seems. In 2014, Dustin earned a degree in agriculture business from the University of Missouri and received The UM System Student Entrepreneur of the Year Award in 2015. Following suit, Austin is also now pursuing his degree at MU.

The business that began with a 4-H project has grown into the Stanton brothers’ livelihood. The young entrepreneurs raise more than 20,000 free-range chickens, making their operation “the nation’s largest independent, free-range egg producer,” Dustin said. The family supplies eggs to more than 50 restaurants and other outlets in Mid-Missouri. Whether they’re working at one of those locations or at the Columbia Farmers Market, the two never forget to tell each customer, “We appreciate your business.”

“Our favorite thing to do is to answer customers’ questions. If we don’t know an answer, we can point them to a reliable source."
-Dustin Stanton 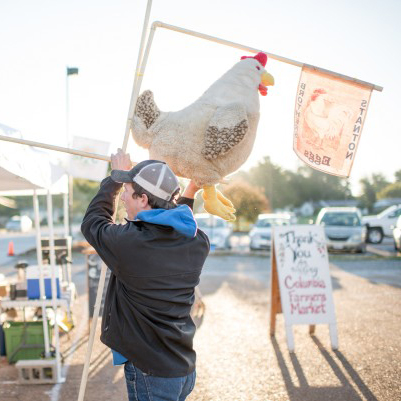 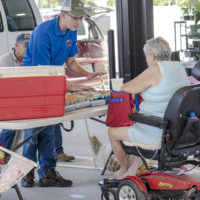 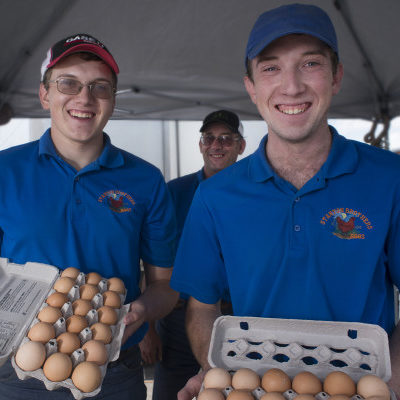