Since 1994, Sim and Jim Hildebrand of Sims Garden have brought a wide-ranging array of vegetables to Columbia Farmers Market from their Columbia garden.

Growing vegetables is a labor of love for the Hildebrand family. “We enjoy watching seeds we plant grow into food that we eat ourselves, and we enjoy providing quality vegetables for the community,” Jim said. Jim and Sim both grew up on rural farms. “I grew up on a farm between Centralia and Paris, Missouri, and Sim was raised in a farming and fishing community on an island south of the Korean Peninsula. She was 21 when she immigrated to this country from South Korea,” he said.

They found their market niche: growing vegetables for ethnically diverse customers. Soon after they began to sell, customers from India, Korea, and China brought them seeds to plant, “so we could provide the vegetables” that grew in their home countries, Jim said. In those days, he said, the seeds for produce used in ethnic foods were difficult to find in American seed catalogs.

Among the produce Sim and Jim grew for their customers were winter melon of Southeast Asia, a French variety of eggplant grown in India, Korean hot peppers used to make kimchi, Middle Eastern zucchini from Lebanon, and bitter melon, popular in China, India, and South East Asia.

They continue to grow many of these vegetables as well as a variety of greens and other vegetables for their Korean and Japanese customers, and for other Midwest market shoppers who appreciate the international assortment that the Hildebrands produce from their garden.

Sims Garden is made up of raised beds, and “crops are rotated annually to provide the healthiest produce possible,” Jim said. Organic matter is added to the soil each year, and pesticide and fungicide are used sparingly.

“I like gardening together with my husband and my daughter,” Sim said. “You have to plant, plant, plant, but it is good exercise. I like doing it all.” Sims Garden produces “more than 50 varieties of ethnic, Asian, European, and American-style vegetables. A few of our specialties are the small cucumbers for pickling, fresh beets for eating and pickling, Middle Eastern zucchini, and Oriental eggplant,” Jim said. In the fall, they grow Korean turnips for fresh eating and for kimchi

Every Saturday, Sim is front-and-center at their stall, often with her daughter, Sharon, greeting customers with a smile, and offering tastes of fresh produce. Each year, Jim and Sim grow plenty for the market, and they donate some to the Food Bank for Central and Northeast Missouri. “We want to provide quality, fresh food to all people in the community,” Jim said.

Sim likes to let the fresh vegetables shine in her cooking. “I keep it simple,” she said. “Bok Choy is very good sautéed in olive oil with a little salt and pepper. But don’t overcook it!” It is also very good in soups, she said. “I also eat a lot of fresh cucumber salads in the summer. You can also make pickles, and I do, but I like cucumber best when it is fresh out of the garden.”

“We enjoy watching seeds we plant grow into food that we eat ourselves, and we enjoy providing quality vegetables for the community"
-Sim Hildebrand 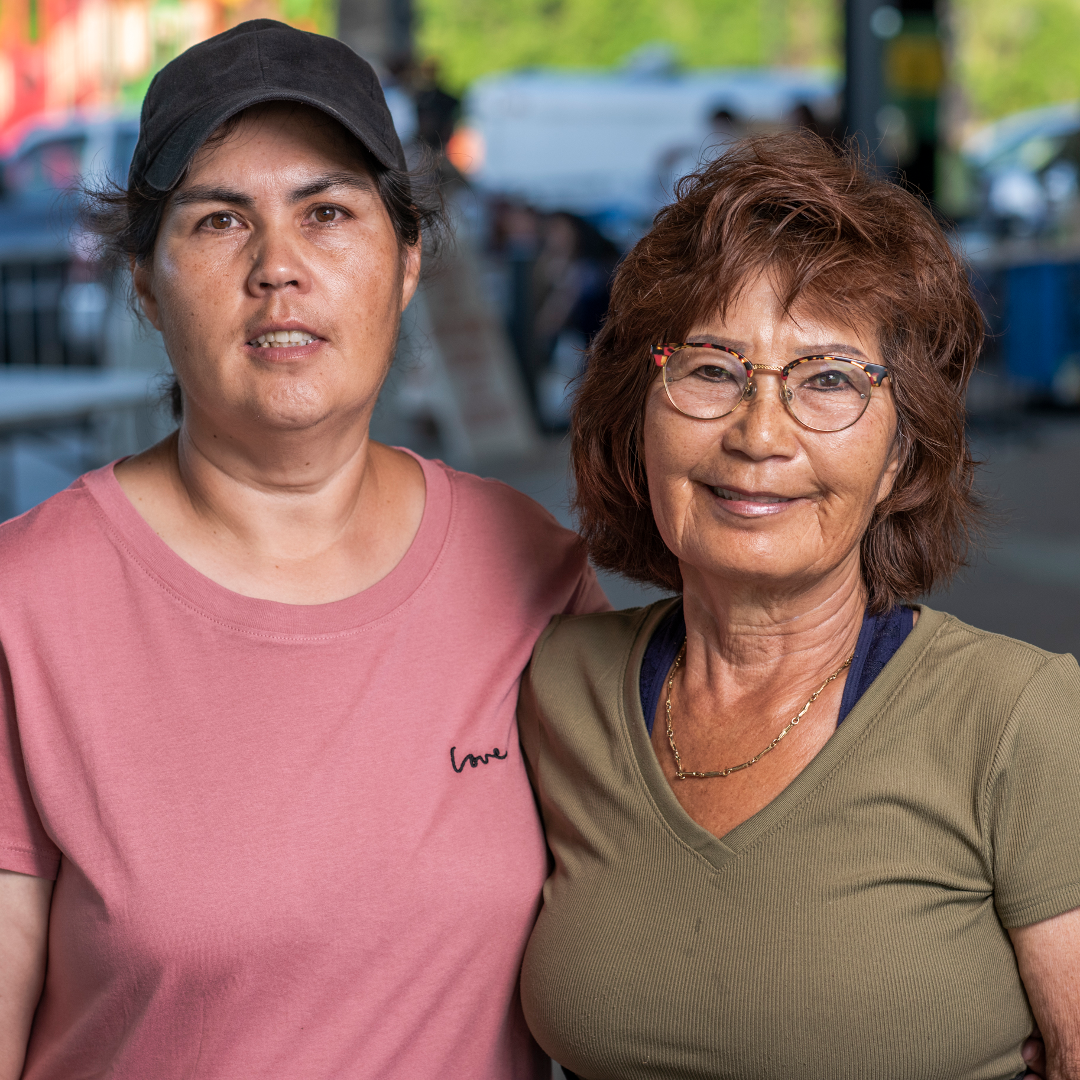 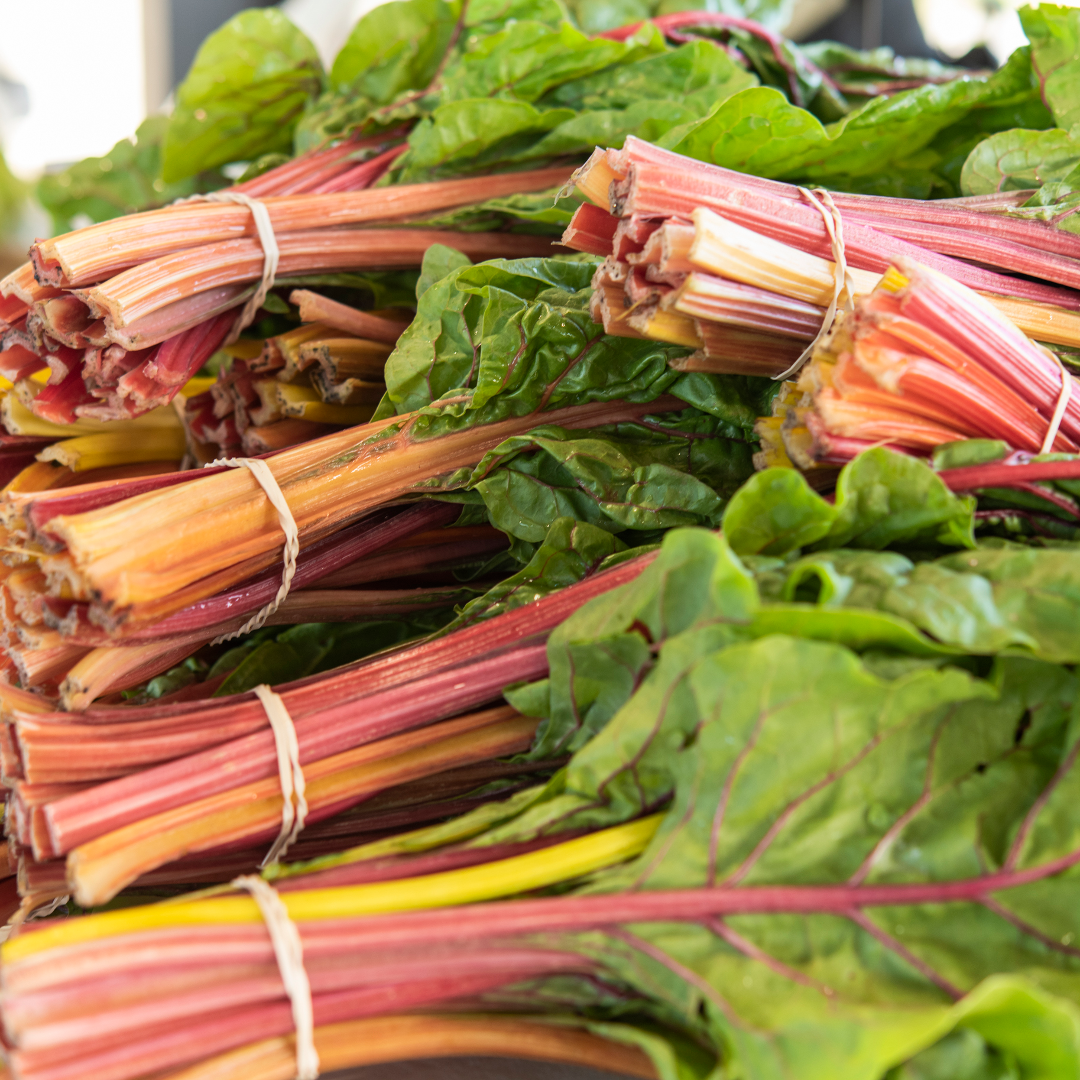