In 1986, Greg and Tammy Sellmeyer moved to a 25-acre farm in Fulton, where they raised their two children, Megan and Lucas.

Over the years they have raised cattle, hogs, and chickens. Greg, who is also a full-time electrical engineer, grew up on a hog farm, and Tammy was raised in the country.

In 1999, Tammy planted a small garden near the Fulton house, “about the size of a parking space. I planted six tomato plants and some herbs,” she said. “I should have known better,” she said, laughing. Greg was quick to expand that plot. “That fall, he sectioned off one of our pastures and planted a vegetable garden and an orchard. He has always wanted to farm,” she said.

By 2009, the Sellmeyers ended their farrow-to-finish hog operation, and in 2010 they stopped raising chickens. Thereafter, they focused on raising vegetables and fruits. They now grow food on five acres.

From 2000 to 2010, Sellmeyer Farm sold vegetables and fruits at Fulton’s farmers market, and the Sellmeyers continue to sell produce to Moser’s in Fulton.

In 2007, Greg and Tammy began selling vegetables and fruits at Columbia Farmers Market, where customers immediately appreciated their diverse offerings.

The family now specializes in strawberries, and they grow as many as 20 varieties of potatoes, from 30 to 50 varieties of heirloom tomatoes, and 50 varieties of sweet potatoes. They also grow apples, peaches, onions, greens, fennel, herbs, cut flowers, okra, summer squash, winter squash, beans, cucumbers, peppers, and eggplant.

“We like that we are able to grow and provide produce that is local, fresh, and nutritious,” she said. “We grow varieties that you can't find at the grocery store.”

Sellmeyer Farm is not certified organic, she said, but the Sellmeyers amend their heavy clay soil with aged horse manure and straw, compost, and cover crops. Most of their heirloom tomatoes, peppers, eggplant, and strawberries grow in four hoop houses to keep them from too much moisture and disease. Hoop-house growing also allows the pair to bring strawberries to the market in the spring. “Last year we had strawberries the third week of April,” Tammy said.

Tammy doesn’t use recipes. “I use a little of this and a little of that when I cook,” she said. However, she shares her favorite method to cook sweet potatoes:

I cube up sweet potatoes and put them in a baking dish along with sliced candy onions, dried apples, salt, pepper and garlic. I drizzle on maple syrup and bourbon and bake, covered, until the potatoes and onions are done.

“We like that we are able to grow and provide produce that is local, fresh and nutritious."
-Greg Sellmeyer 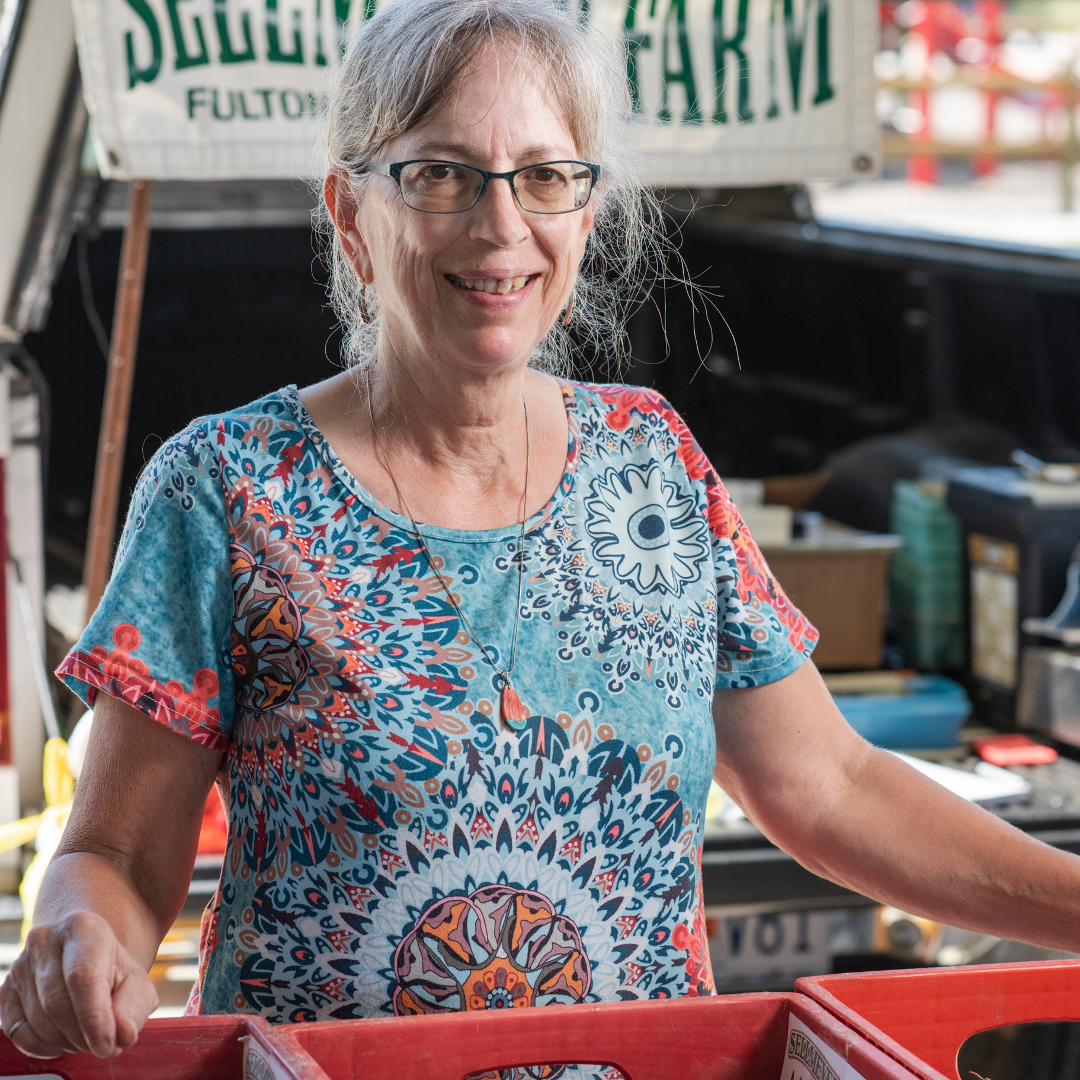 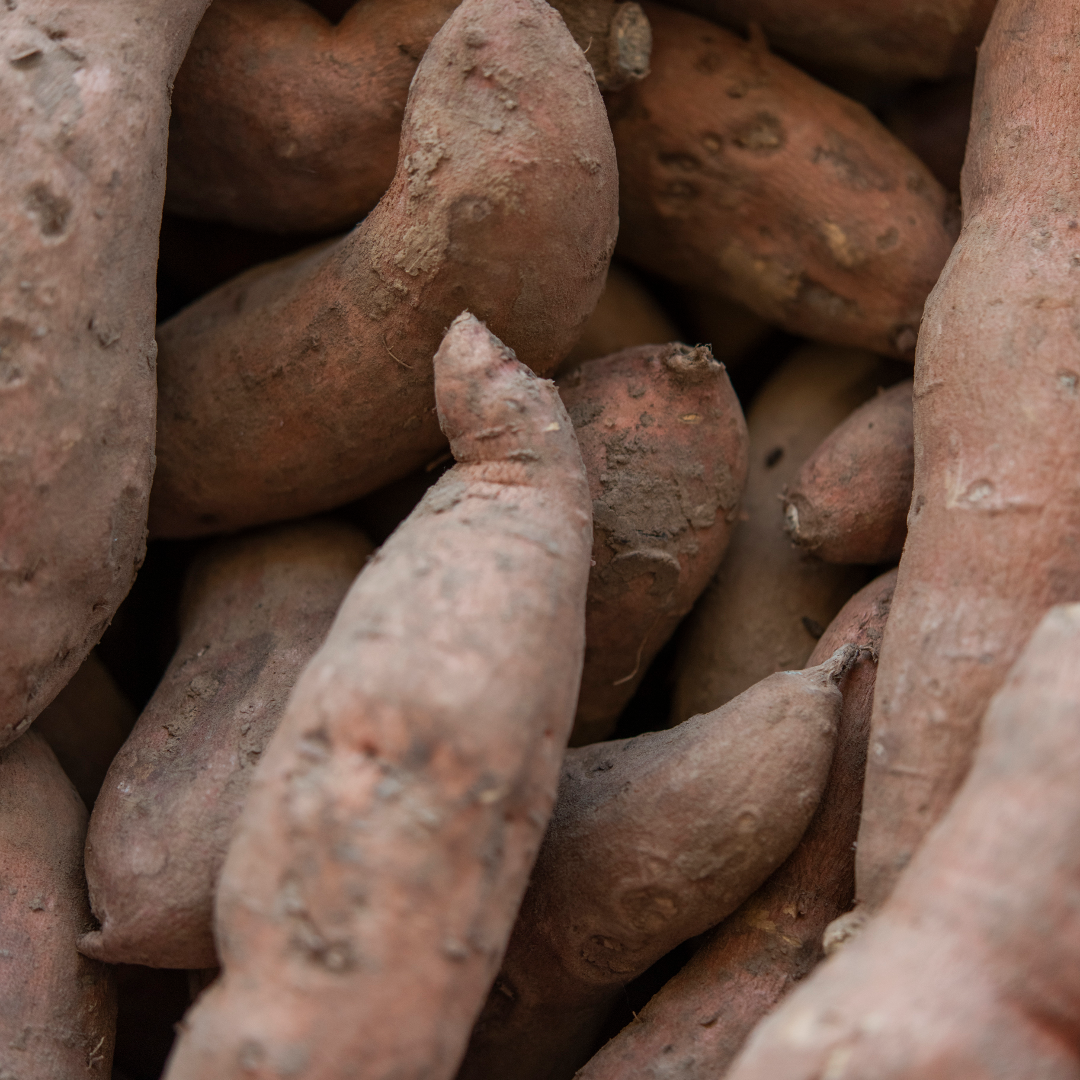 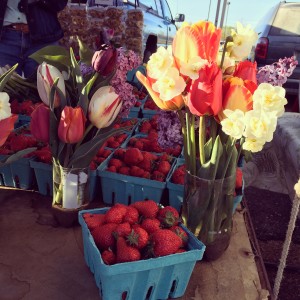