John Corn is a produce farmer at heart. Sandy Gummersheimer will attest to that fact. “We have been together for almost 21 years,” she said, recalling that whenever he talked about his “old farm,” he seemed sad. From 1985 until 1991, John grew produce for the Columbia Farmers Market.

His longing to return to farming was remedied in 2009, when John was driving home from a home inspection job and noticed a sign for a land auction offering 16 acres of land north of Columbia. “We went by, checked it out, and decided to go for it,” Sandy said.

Though she hadn’t farmed before, and her friends were puzzled by her decision to jump into farming, Sandy was a willing apprentice. “I grew up around my mom’s and grandma’s gardens. So I grew up with people who appreciated homegrown food.”

Her appreciation does not always extend to weeding. “We are always looking for volunteers to help out with planting and weeding,” Sandy said. “We trade help for vegetables!”

While the farm is not certified organic, the couple follows “all of the principles of deep soil health with no synthetic” additives, John said. “We could qualify for certified organic, but we haven’t invested in the recordkeeping to do so.”

Sandy believes that the farmers market is a vital conduit to good health, because it provides access to fresh, healthy, local food. “We are on a mission to get people to eat as healthy as possible,” John said. “Cooking, preparing, and procuring food must become a centerpiece of one’s day, much like it was several generations ago. Our national health depends on it,” John said.

Sandy and John are entering their eighth year growing produce and selling at the market under the name Mighty Acorn Farm. They get help from family and volunteers. John’s daughter, Ava, helps out at the market, while Sandy’s daughter Ashley likes to help on the farm. They grow a wide range of vegetables on two acres of their land. Among the produce they sell are several varieties of lettuce, bok choy, tatsoi, arugula, kale, onions, peppers, squash, and Asian eggplant. Since last year they have specialized in pea shoots, sunflower shoots, and micro-greens. “We sell out of them quickly,” Sandy said.

Last year they added four bee colonies to their land. “Our family built 30 boxes,” Sandy said. Ashley and her boyfriend, Levi have signed on as the primary beekeepers at Mighty Acorn Farm.

In addition to the work he does at the farm, the market, and for his home inspection business, John is also President of the Board of Directors for the Columbia Farmers Market.

John and Sandy have observed “two types of growers at our market: Farmers who have discovered food, and foodies who have discovered farming. We are in the latter camp,” John said. “This comes from a joy of sharing the fresh tastes that only come from the sometimes simple, sometimes exotic varieties of produce that we and others grow,” John said. Sandy doesn’t mind that “John is the main chef at our house. He is really good at it,” she said. “Sandy likes to cook, but I live to cook,” John said.

“We are on a mission to get people to eat as healthy as possible..."
-John Corn 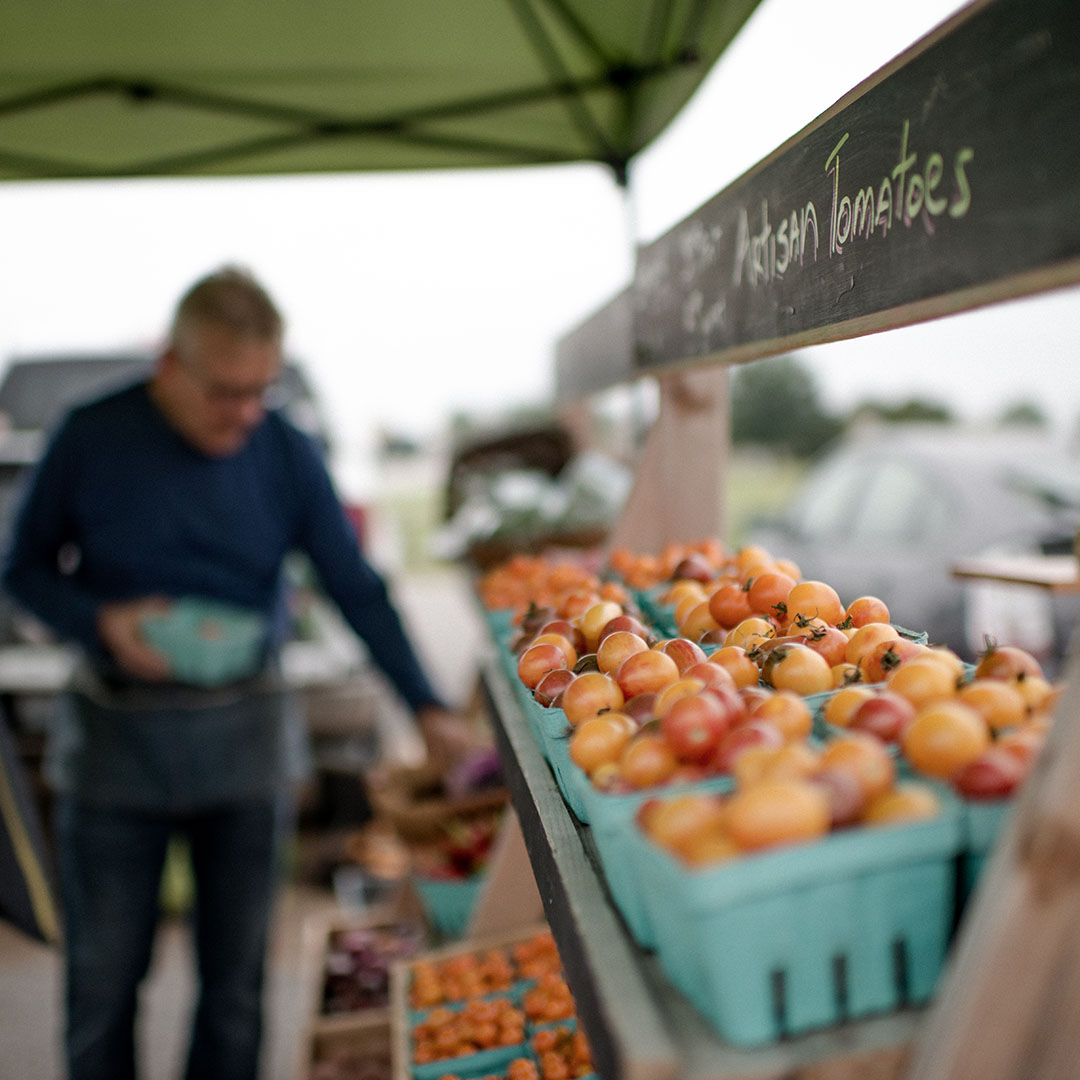 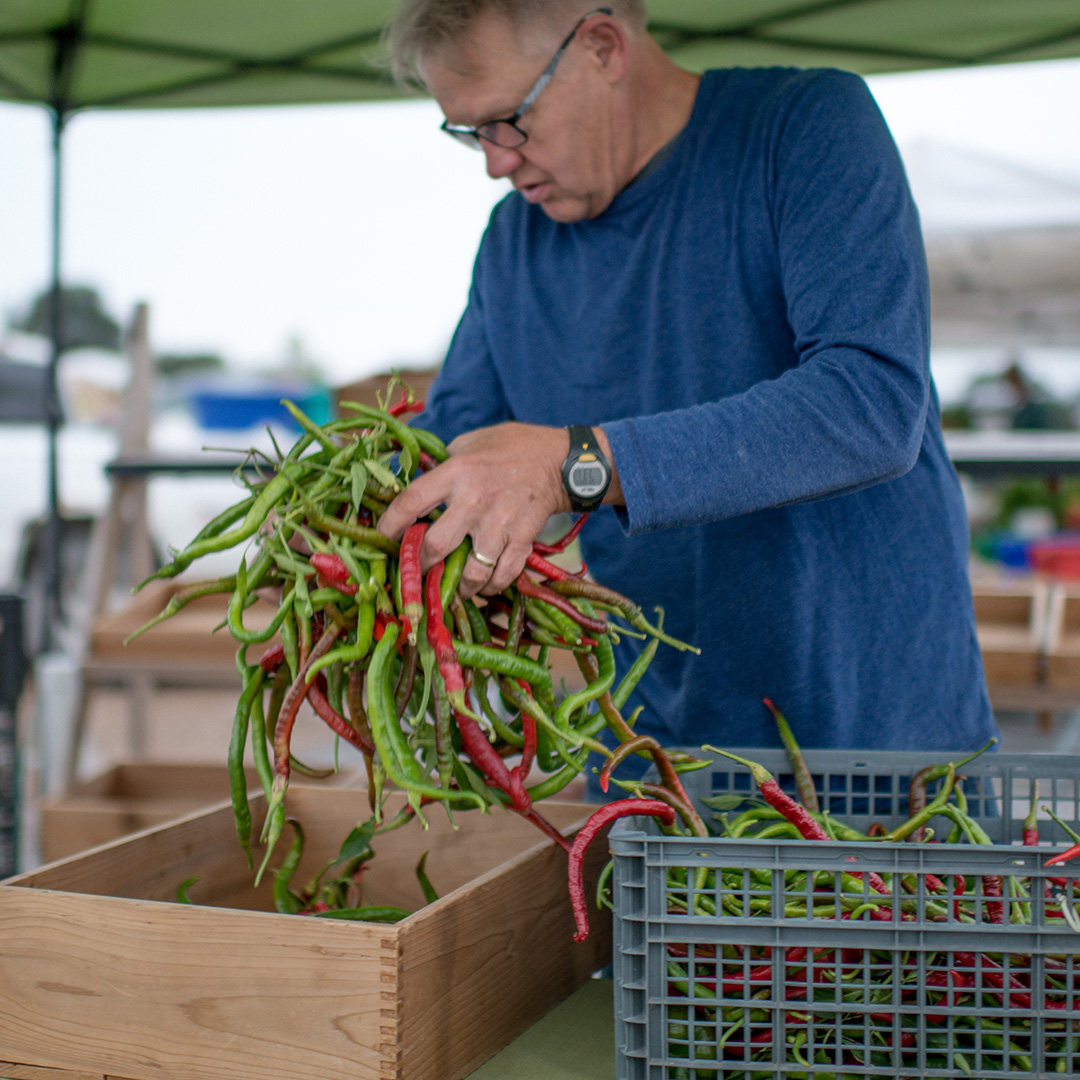 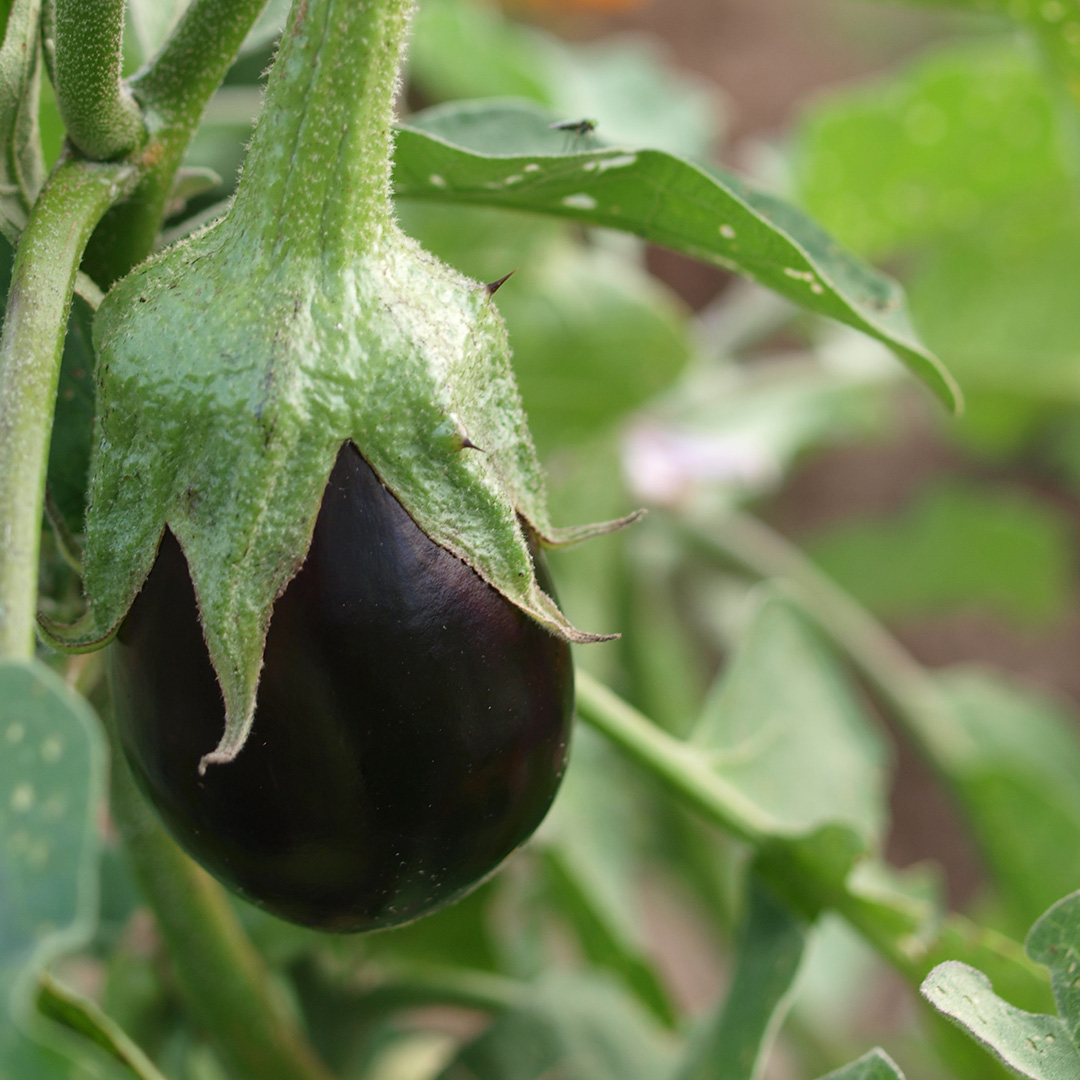 John and Sandy submitted this recipe, which, John said, “makes a great pesto substitute, or a great dip. It is very similar to the Levantine dish, baba ghanoush.” This recipe calls for the long, slender Asian eggplant. The skin is softer than the larger varieties, so you don’t have to peel them before you cook them. This dish takes about 20 minutes to prepare.