Who knew a story that started as a simple interest in honey bees would turn into what has become Giofre Apiaries and Honey Ice Cream.

In 2009, Nancy Giofre started with two hives, which she had purchased from a local beekeeper. After the 4th year or so, she and Dom learned good, basic beekeeping skills, and they were fortunate enough to be able to purchase a retired beekeeper’s warehouse full of equipment, with a few live colonies included. This enabled them to grow at a rapid rate.

In 2013, Art and Vera decided to retire, which is when Nancy and Dom decided they wanted to try making the honey ice cream. That also meant they had to be able to produce ice cream for the 2014 Missouri State Fair! By April of 2014, they had their building completed and all the inspections and permits obtained. Their first task was to complete 5,000 cups of ice cream by the middle of August. Wow! They did it, and it was exciting, and they extend a  special thanks to their neighbors/family for helping them achieve their goal that year.

Now, their goal is to produce a delicious ice cream, with good fresh Missouri products, such as Missouri grown Elderberries, Blackberries, Paw Paws, Pecans and Black Walnuts. They are always open to meeting new producers to use their produce/products in their recipes. 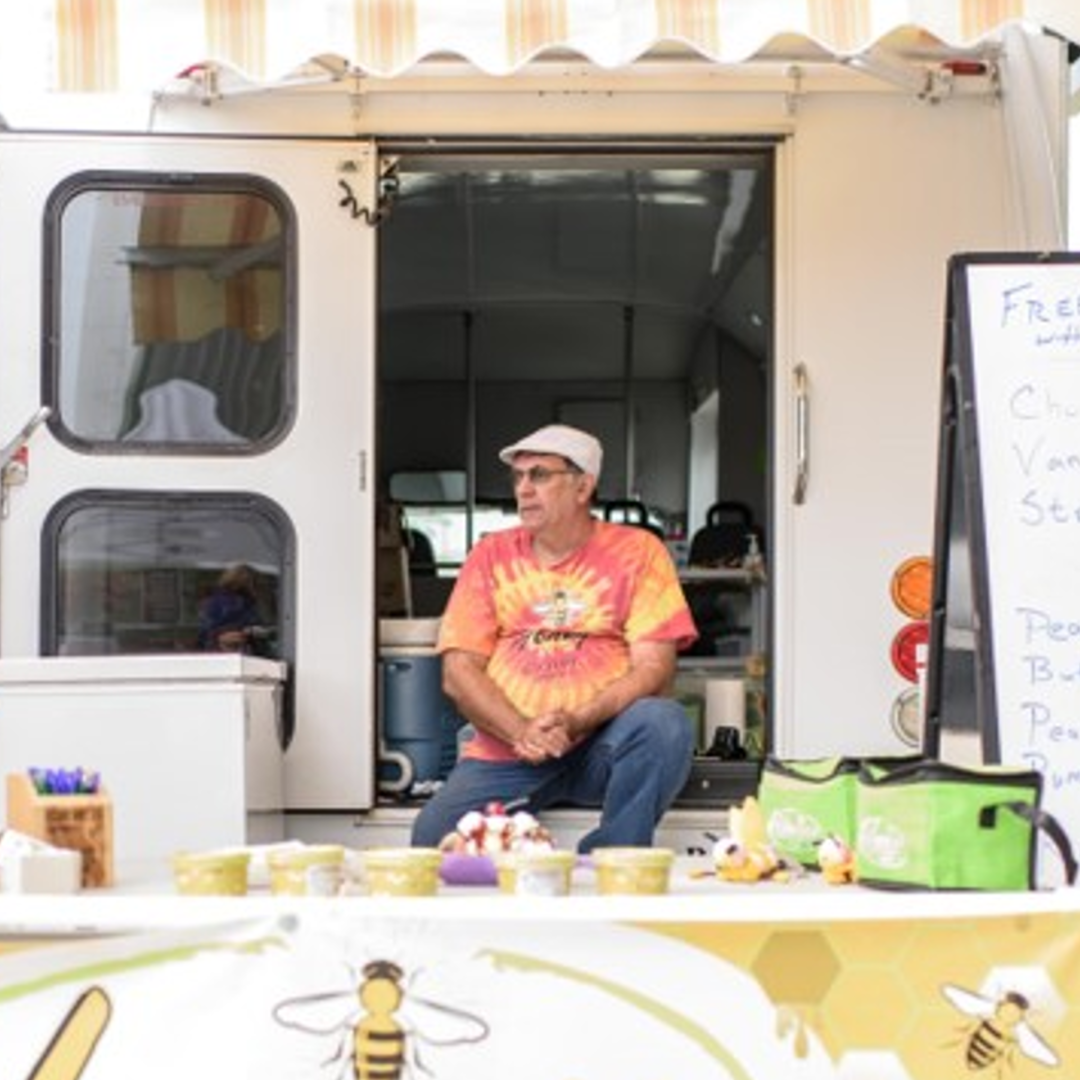