Country Goodies: Yes, She Cans—Just About Anything You Like

Delphine Stuermann began selling Country Goodies, her canned goods, at Columbia Farmers Market in 2006. Back then, “I was the only canner at the market,” she said.

Delphine has been canning since the 1960s. She learned the process in her mother’s kitchen while growing up in Warren County. “We lived on a farm, and if you wanted to eat in the winter, you had to can.”

She began selling her Mason-jar products at Columbia Farmers Market because “I had too much produce in my garden,” she said. Delphine and her husband, Robert, always kept a garden until he passed away in 2009. Thereafter, she gave up her garden on her Macon County farm and moved to Centralia. In the spring and summer, she buys her produce “wherever I can find it” in local venues. But she does all her canning in her commercial kitchen on her farm.

Delphine is especially fond of her own jams and jellies, but she remains open to customers’ requests, chief among them being hot salsa. “I said, ‘If you want it hot, I’ll make it hot.’ ” And she did.

“I don’t like pickled okra, but I get a lot of requests for pickled okra and pickled asparagus. So I make it.” She also prepares traditional pickles, various mustards, relishes, along with a wide array of fruit jams and jellies.

She doesn’t plan to retire from canning for the market anytime soon, she said. “I like the market. It is a good market.” And besides, “This is something to do. I don’t like to sit around.” She leaves that to the pickles.

“We lived on a farm, and if you wanted to eat in the winter, you had to can."
-Delphine Stuermann 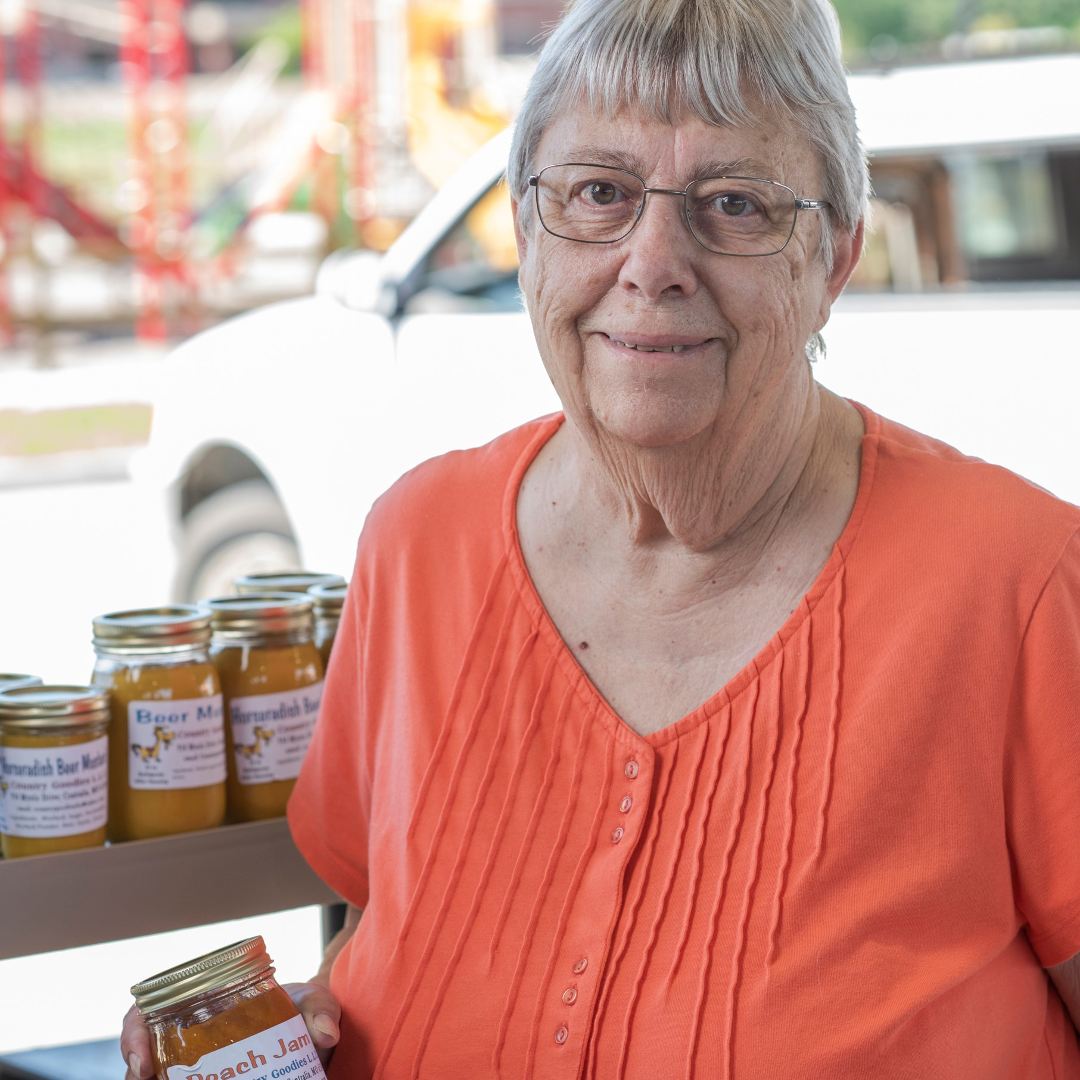 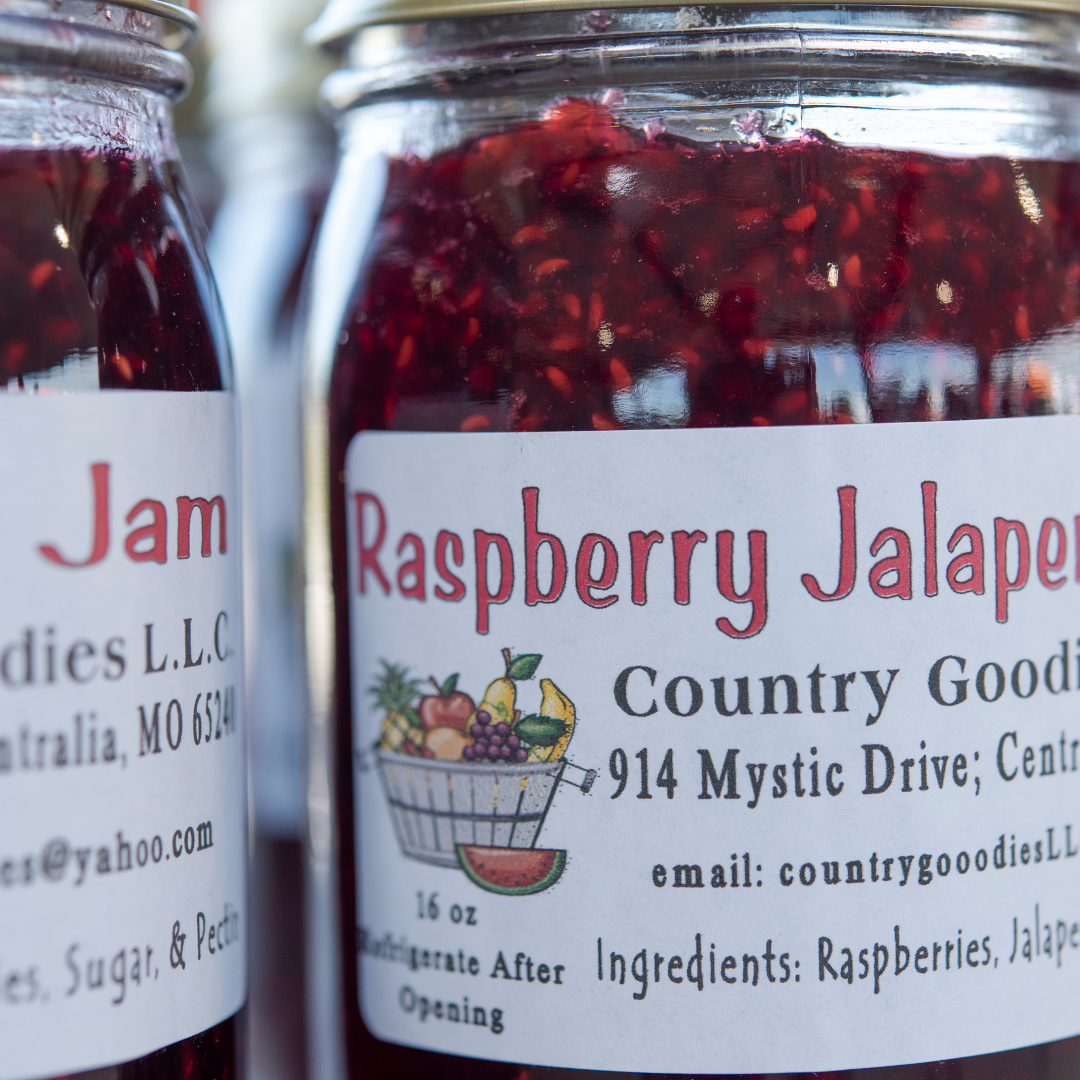