Altai Meadows: A beacon of stewardship for land and livestock

Altai Meadows is named for the Altai Mountains in Mongolia, where Jeff Cook met his wife, Augie, while he was serving in the Peace Corps. While Jeff was there, he marveled that semi-nomadic families moved their portable tents, or yurts, with their cattle livestock on varying grasslands several times a year.

Jeff, former wildlife biologist, so admired the practice of rotating cattle on grass that he put it into practice in the United States. Since October 2009, he and Augie have been rotating a small herd of South Poll cattle on 310 acres near Higbee, Missouri. The gentle and hardy animals are raised without grain, antibiotics, growth hormones, or pesticides.

Jeff closely watches the habitat at Altai Meadows, staying in tune with the wildlife and the watershed. His attention to the health of the pasture, he said, has led to “excellent grazing conditions.” That, in turn, produces “outstanding grass-finished beef.”

Augie serves as his quality-control expert. “She has a discerning taste for authentic, grass-fed beef,” Jeff said, because she grew up eating it in northern Mongolia, where the growing season is short, winters are harsh, and people live on the meat they produce.

The Cooks also raise free-range chickens, which are moved daily on pasture that is grazed by the cattle. The chickens are also fed a ration of non-GMO feed. Jeff and Augie’s children, Zaya and Jason, “are responsible for overseeing egg production.” They feed and water the laying hens, clean the coop, collect, rinse, pack, and label the eggs.

Jeff has been selling his grass-finished beef at Columbia Farmers Market since 2012. He also sells fruits and vegetables grown on the farm in “rich, organic compost, a byproduct of the chicken and cattle operation.”

On Saturdays in summer and winter months, Jeff comes to market. His regular customers are fans of his products and appreciate his farming practices. As Jeff said, Altai Meadows is committed to “clean production methods to produce quality food, while caring for our land and the environment.”

Cooking grass-fed and finished beef takes less time than traditional, grain-fed steaks. The meat is lean, with less marbling. When grilling or pan-frying a strip steak or rib eye, sear it first, and then undercook it 10 degrees. Let it rest, then cut it against the grain.

"[We're committed to] clean production methods to produce quality food, while caring for our land and the environment."
-Jeff Cook 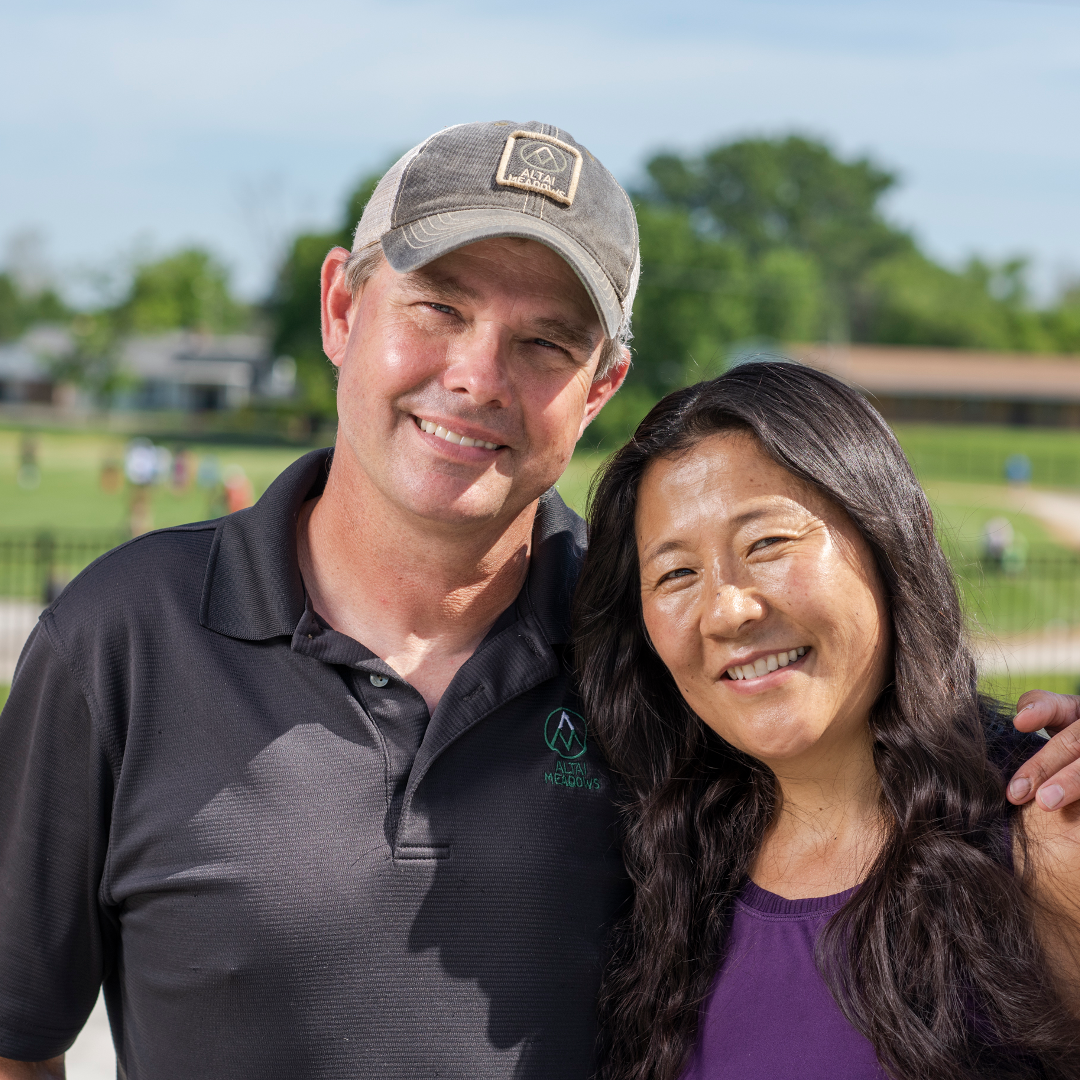 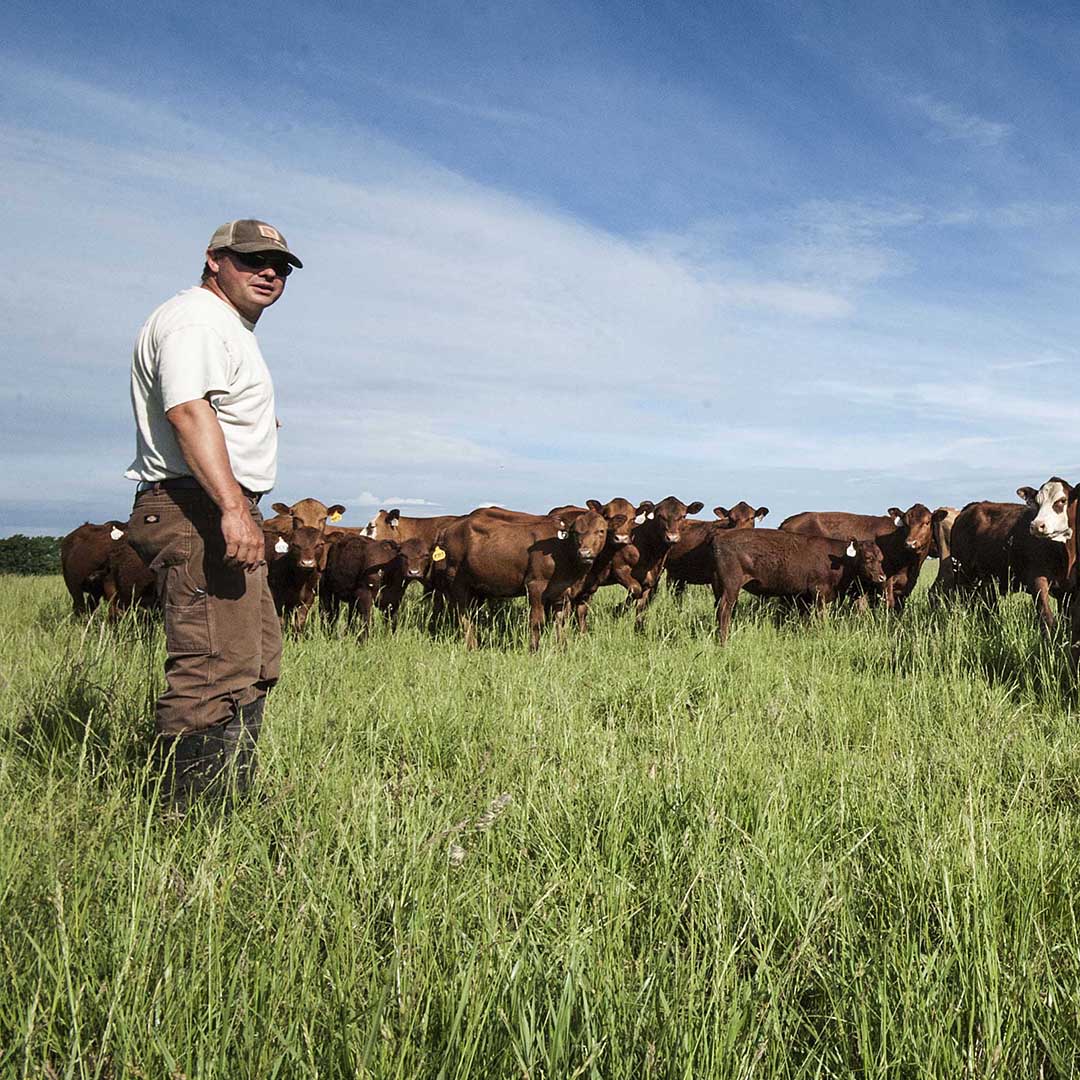 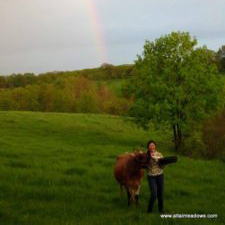