For about five years, Bruce Henson and his son, Joel, have been baking bread at Mulberry Grill and Bakery, 101 Howard Street, near the Katy Trail tunnel in Rocheport. From May through October, Bruce and Joel serve pizza and flatbread made in their wood-fired brick oven that Bruce constructed. Bruce also built the kitchen and the brick patio. The grill and bakery are named for the giant mulberry tree that shades the patio. The oven—which sits on the patio—was designed by Rado Hand, and can reach 800 degrees and grills 10-inch pizzas in two minutes, Joel said.
The father and son team make all the pizza dough and sauces from scratch. “Our pizza sauce is made simply from tomatoes along with our own special blend of spices,” Joel said. The baking is what Joel loves the most, though, and he comes up with the recipes for the breads. They specialize in loaves of potato bread, whole wheat bread, sorghum-oat, and his banana bread bars. Lately, the best seller at the market is the sorghum-oat bread, Joel said. “People like the sweetness,” of the sorghum, he said. “It makes great French toast.”

The farmers market has served as a valuable incubator for their business. “Being at the Columbia Farmers Market has helped us to build a clientele in other venues,” Joel said. “I put out samples every week at the market so people try the bread. They know the label when they see it in the other stores.”
Mulberry Bread is available at Clovers Natural Markets, and in the Nifong and West Broadway HyVee stores.

Though they’ve branched out, Friday baking is reserved for the farmers market. Bruce rises early in the morning and walks from the house he shares with his wife, Janice, to the café and commercial kitchen next door. He proofs the dough, which takes four hours. Joel, who lives in north Columbia, arrives at about 9 a.m., after the dough has risen for the final time. The two bake bread all day for the Saturday market, where its freshness and their labor are very much appreciated. For more about Mulberry Grill and Bakery, check out mulberrygrill.weebly.com.

“The best seller at the market is the sorghum-oat bread. People like the sweetness. It makes for great french toast."
-Joel Henson 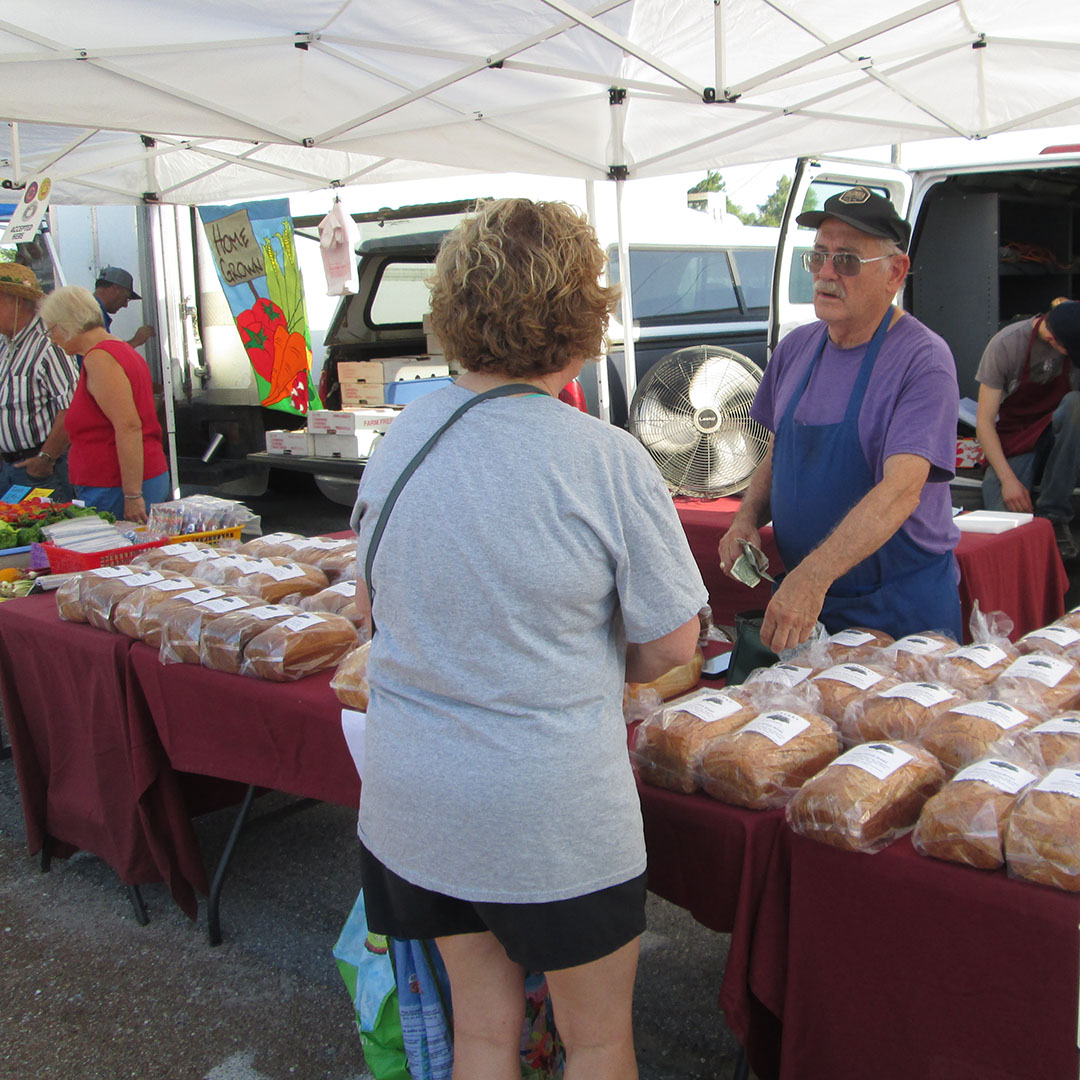 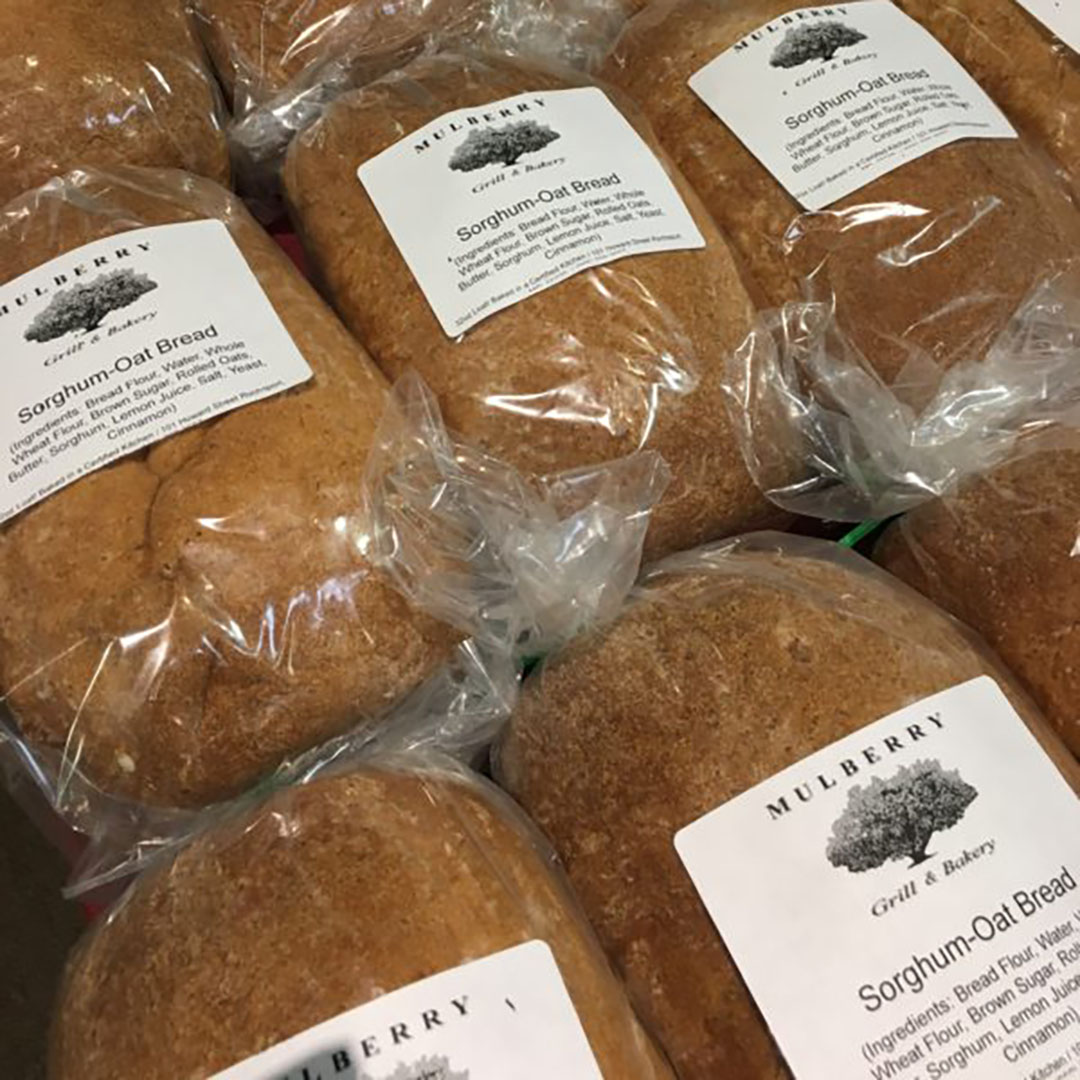 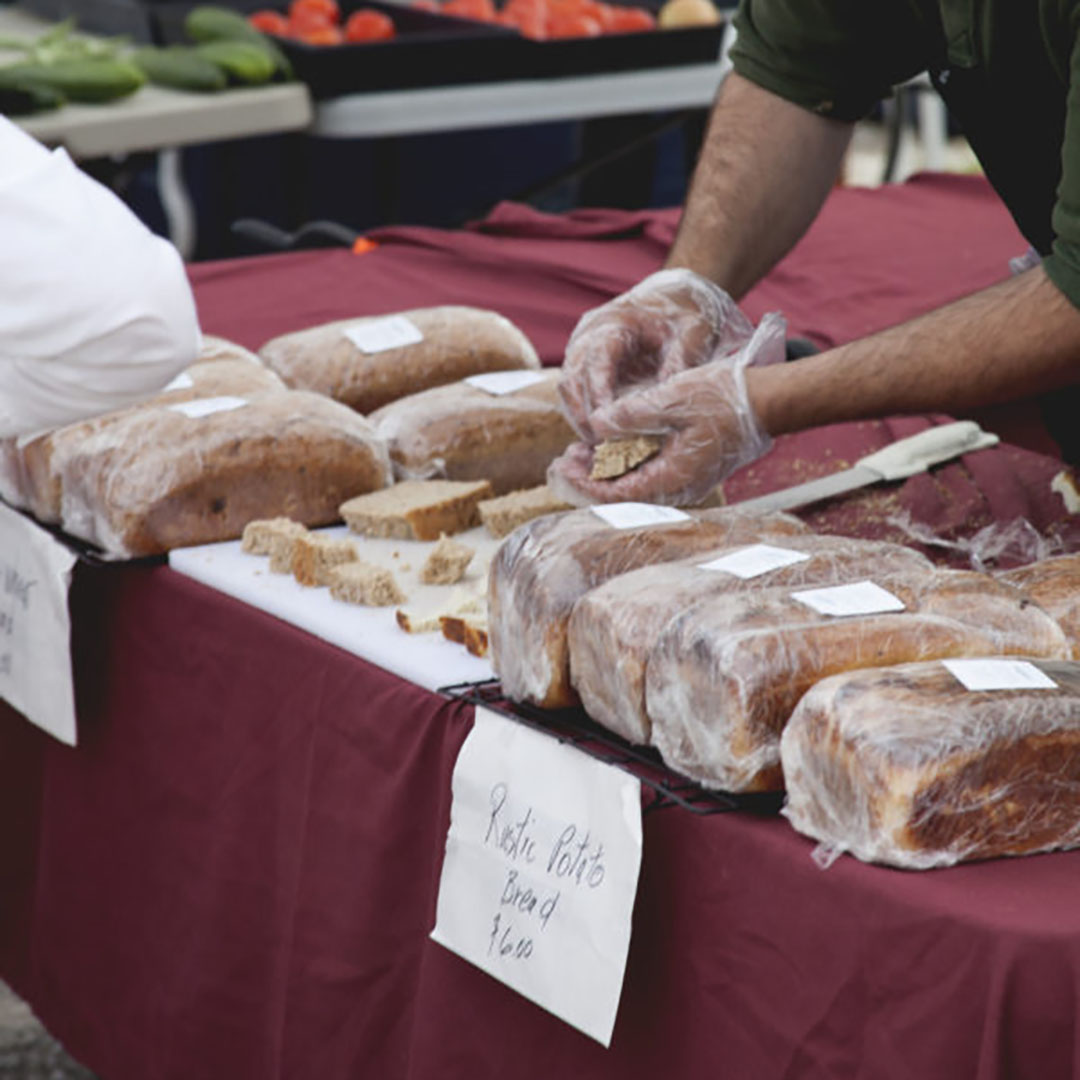