Goatsbeard Farm: A fondness for the land, the goats, and the cheese

The love of goat cheese and of locally produced food led Ken and Jenn Muno to dairy life. In 1995, they began to build their own sustainable farmstead dairy, where they could make fresh and aged goat cheese for their community.

Neither Ken nor Jenn was raised on a farm; however, Ken gained some experience as an intern at a couple of goat dairies. With that knowledge and their strong desire to be part of the local food movement, they moved to 80 acres of rolling hills in Harrisburg to build their farmhouse and dairy, Goatsbeard Farm.

They sold flowers at Columbia Farmers Market until their cheesemaking facility was ready in 2001. Since then, they have offered fresh and aged goat cheese at the farmers market, and to local groceries and chefs. Goatsbeard Farm is the only commercial farmstead goat cheese creamery in mid-Missouri.

“Ken makes all the aged cheeses,” Jenn said, “and everyone here helps make the fresh cheese.” Martha Folk, Jenn’s mother, has long been involved in the farm operation. She joins the cheese packaging crew twice a week. The Munos also hire a couple of part-time employees, and an intern joins the farmhands during the spring and summer seasons. The Muno children, Peter and Cyrus, also “pitch in,” Jenn said.

Jenn handles much of the animal husbandry, the pasture management, and caring for the baby goats in the spring. She also takes care of the books and most of the sales.

The goats — crosses between Nubian, Sable Saanen, and LaMancha breeds — get plenty of fresh air and exercise. Rotational grazing is a priority on the farm. The goats go out to pasture every morning after milking and spend the day grazing on diverse grasses and legumes.

“We spend a lot of time getting the goats out to pasture,” Jenn said. “It is a big deal to move the goats — and to make sure they don’t escape,” she said. This is a challenge that, so far, they have managed to meet. The “girls” are milked twice a day for nine months out of the year. From December through February, they get a break before they kid, Jenn said. During that time, Ken and Jenn work on other farm projects, and they sell aged and frozen cheeses at the winter market. When spring arrives and the summer market opens, the Munos bring fresh goat cheese, along with all of their popular aged cheeses to the market every Saturday.

“Ken’s job is complicated,” Jenn said. Cheesemaking is a mash-up of chemistry and art, she said. His constant tweaking and diligence led to recent success with his Missouri Moons, a melt-in-your-mouth, soft, aged cheese, made from pasteurized goat milk in the style of French Camembert. “The moons have gotten really good this past year,” Jenn said. Over the years, he has mastered other cheeses as well. The Franklin Island Feta cheese won honors twice in recent years at the American Cheese Society’s competition, which includes more than 1,000 cheesemakers from the Americas.

Among their goals at Goatsbeard is to become more green. “We are working toward becoming a non-GMO, organic farm,” Jenn said.

For recipes and more information about Goatsbeard Farm and the cheeses, visit GOATSBEARDFARM.COM.

"We are working toward becoming a non-GMO, organic farm,”
-Jenn Muno 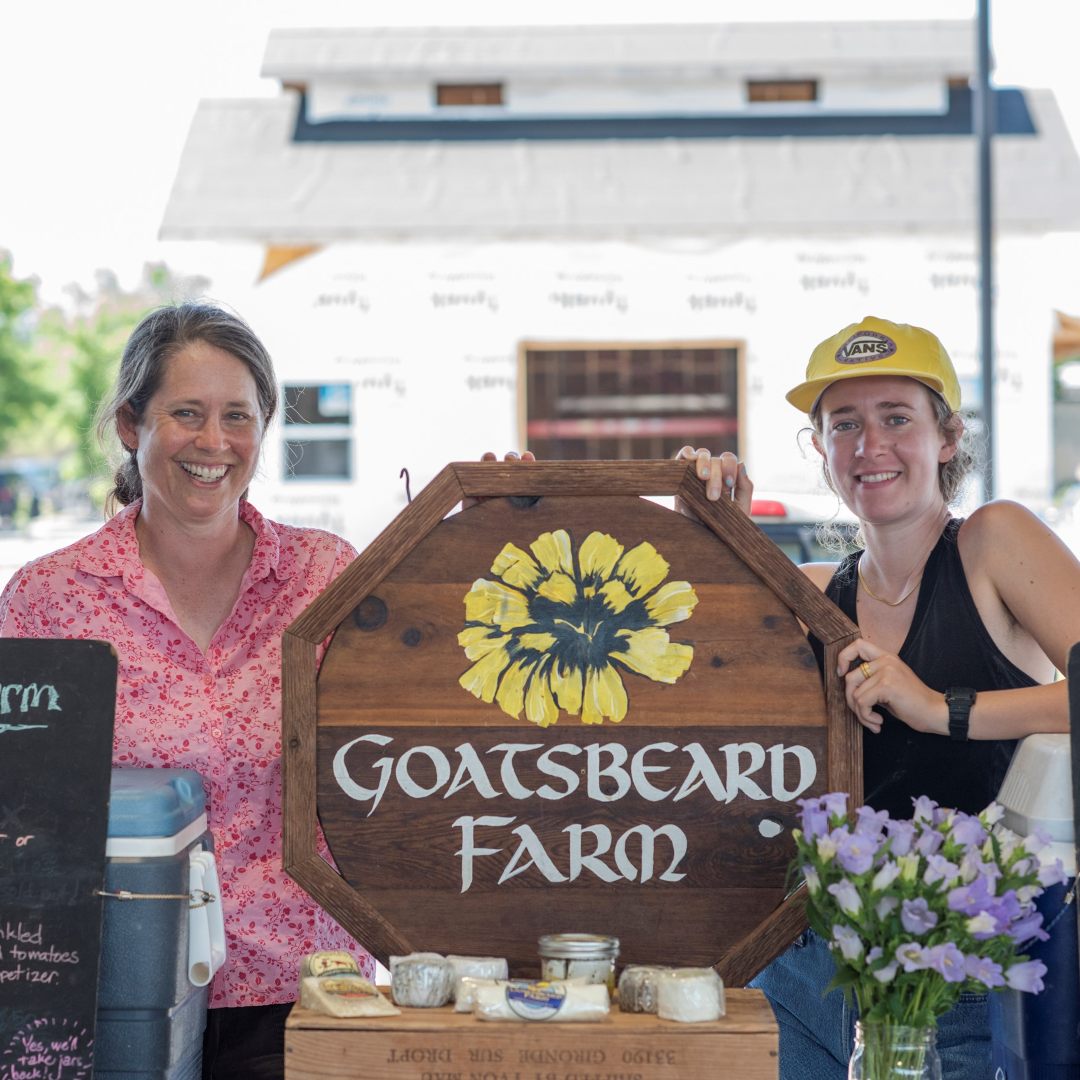 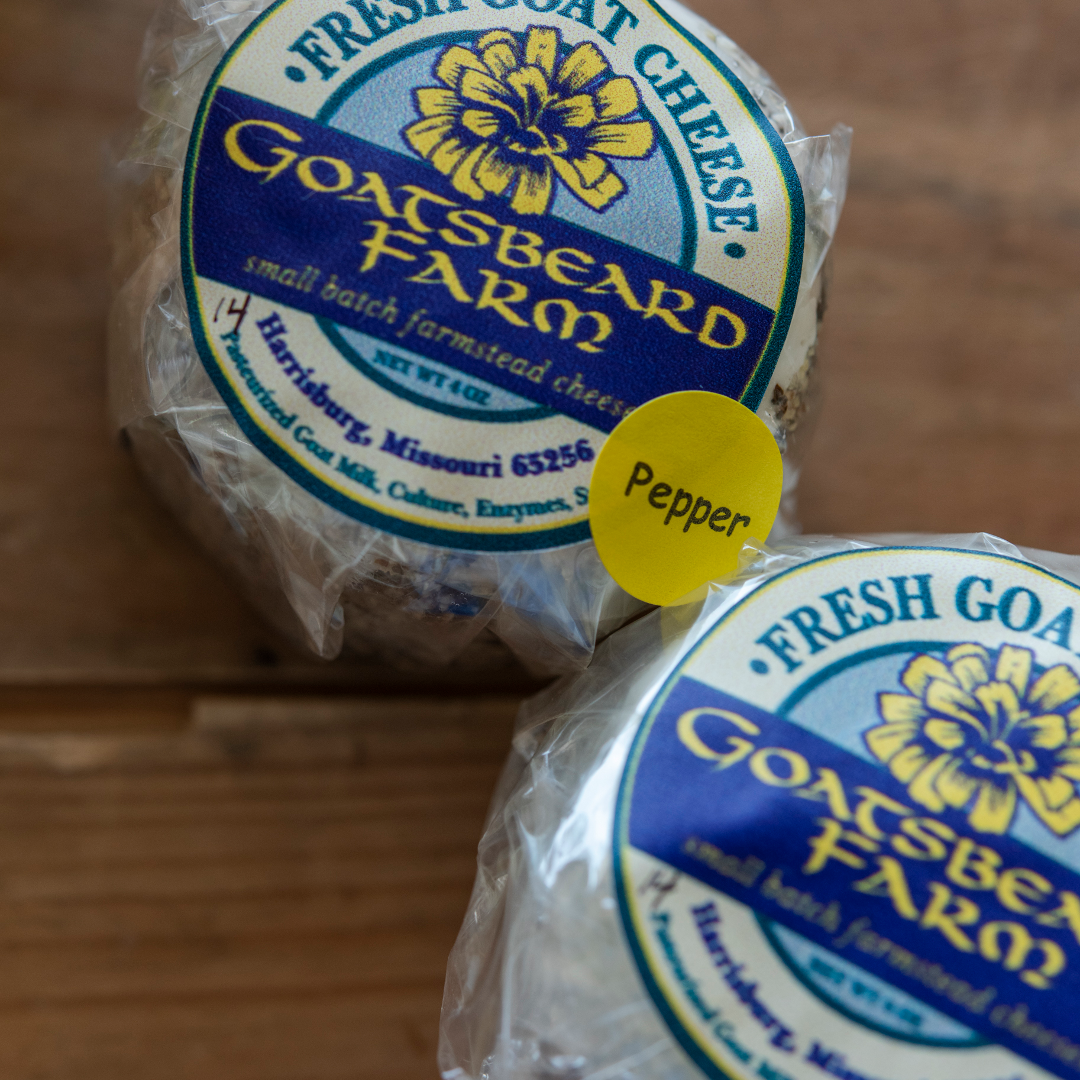 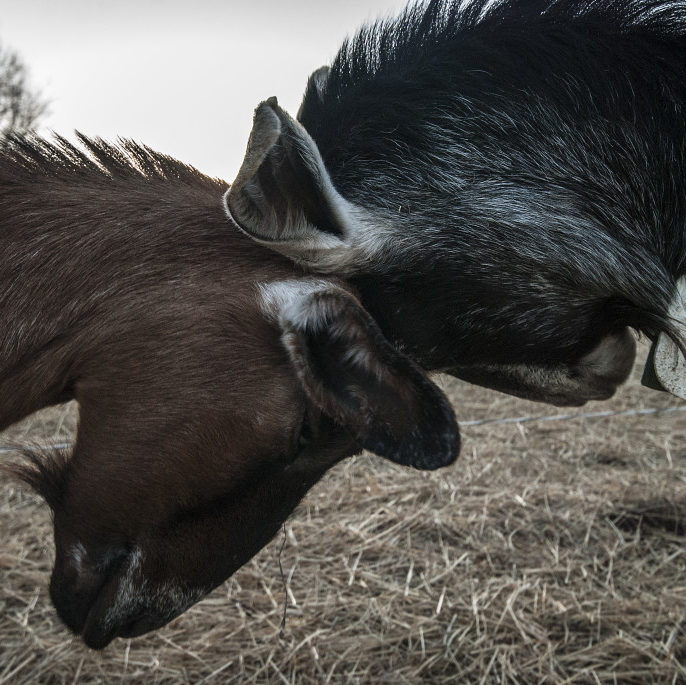 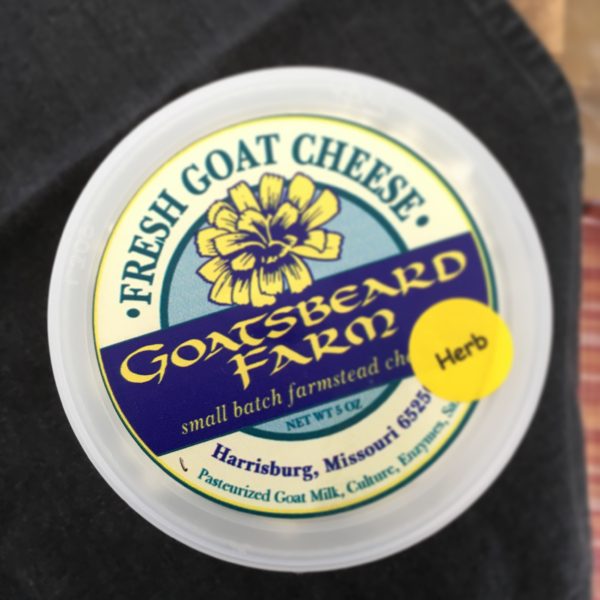 A favorite recipe from Goatsbeard Farm in Harrisburg, Missouri.
get the recipe
HomeAbout UsLearnOur BlogShop
Vendor ListMarket DetailsEvent CalendarContact Us